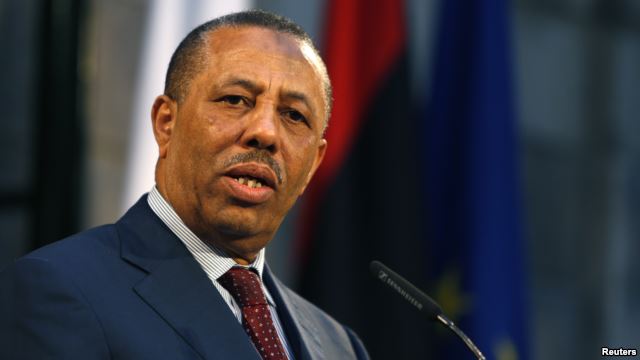 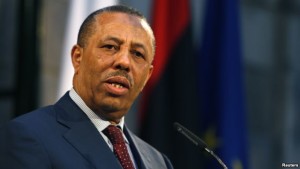 Prime Minister Thinni of the Tobruk-based government had announced that he is willing to reach an agreement with the Tripoli government in the interest of Libyans. Thinni was speaking in Malta where he is on a visit.

The announcement has been applauded in certain quarters although the Prime Minster admitted that some people will reject it but it will be of relief to U.N special envoy to Libya Bernardino Leon who has been trying to broker a peace deal between the two governments.

Thinni didn’t forward any conditions but only stated that his readiness to agree on a power-sharing deal with the Tripoli government was for the “wise and kind people of Libya” yearning for the return of peace.

Libya has been entangled in a war for power and authority since 2011 with armed groups rallying behind one of the two governments. Thinni said he is aware that “any decision taken will always have opponents” without saying if officials in Tobruk supported his decision.

Tripoli has not yet reacted to the proposal.

In the same vein, the United Nations Security Council on Wednesday stressed that the two governments should “in the coming days” sign the draft proposal presented by Leon in order to pave the way for a Government of National Accord that will guide the country through a transitional period and organize elections.

In a released statement, the Security Council stressed that a transitional government “is in the interests of the Libyan people and their future, in order to end Libya’s political, security and institutional crises, and to confront the rising threat of terrorism.” It also warned that sanctions will target those who sabotage the procedure but ruled out the military option as a solution.