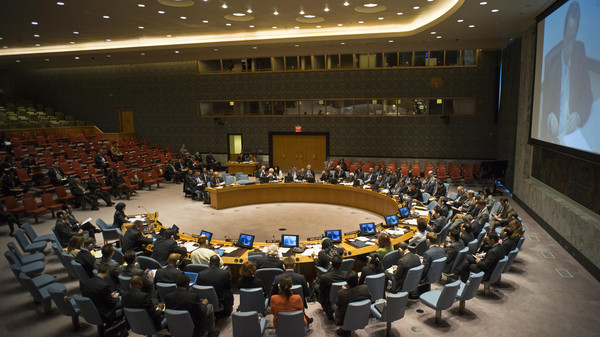 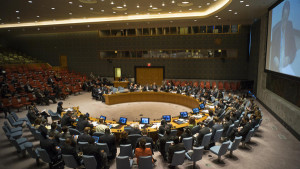 Reports have emerged that Jordan has circulated a draft resolution among the members of the U.N Security Council aiming to impose a ban on arms shipments to the Houthi Movement and their allies. The draft also targets those who are supporting the rebels or engaged in acts that threaten the peace, stability or security of Yemen with sanctions.

The proposed draft resolution was outlined under the guidelines of Chapter 7 of the U.N Charter which makes the use of military force possible. The Associated Press claimed that it obtained a copy of the draft on Tuesday and mentioned that it calls for the Houthis to “immediately and unconditionally” end all violence and withdraw their forces from the capital Sanaa and other territories that they took over since the fall of last year. The draft also wants the rebels to hand over their weapons, stop acting like a government, free government infrastructures, release the defense minister and political prisoners.

Amid the humanitarian crises that worsened when the Saudi-led coalition started their bombing campaign almost two weeks ago, the draft urged for the facilitation of humanitarian aid as well as the evacuation of diplomats and foreigners. The draft is hoping that the crises in the country could be ended by talks as it called for dialogue through U.N brokered negotiations for a political transition. Russia also circulated a draft during the weekend citing “humanitarian pause.”

World Health Organization has stated that more than 560 people have been killed, 1768 injured and 100,000 have fled their homes since the fighting worsened on March 19.

The Gulf Corporation that insists on the return of Hadi as president previously proposed a draft resolution that would impose an arms embargo on the Houthis.