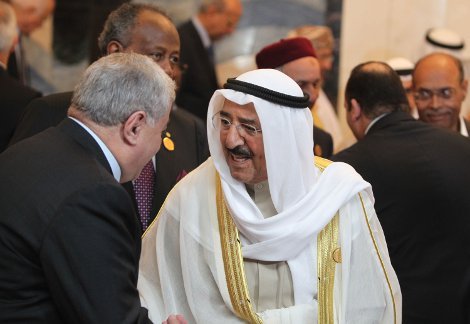 United Nations Compensation Claims Commission Chief Khaled Al-Mudhaf, has reminded Iraq of its duties to honor its dues, after failing to pay the remaining compensation it owes to Kuwait, as reparations for the invasion under Saddam Hussein’s regime in 1991, which resulted into a 7 months long occupation. Iraq is supposed to pay an amount of $41 billion decided by the UN compensation body, established after the occupation came to end but has so far paid around $30 billion.
Only a total of $2,13 billion has been paid to Kuwait in 2013. Mr. Al-Mudhaf encouraged Baghdad to abide by the United Nation’s Security Council’s resolution 1956 and continue regular deposits.
According to the resolution, 5% of earnings from all export sales of petroleum, petroleum products and natural gas should be handed over to Kuwait. The same percentage applies to any non-monetary payments.
Meanwhile, Kuwait is not only concerned about the financial aspect that Baghdad is obliged to pay. It is also asking the commission to return the sensitive and confidential official documents that the Kuwait Investment Authority (KIA) handed over as part of its argument of a category F3 claim.
According to the Khaled al-Mudhaf, the commission will be honoring the agreement made prior to the submission of the documents wherein they agreed that they “would be returned once the claims review process was completed, and the State of Kuwait made a formal request for their return.” They are hoping that the ultimate fulfillment of the compensation will soon be done.