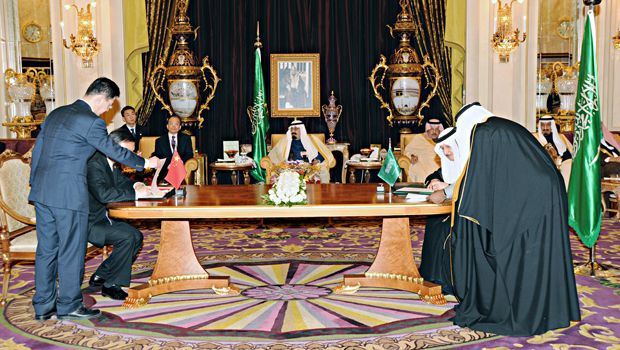 Saudi Arabia has signed a cooperation agreement with China for the civilian use of nuclear energy. The agreement follows similar deals sealed with France, Argentina and South Korea.
The Saudi kingdom, the World major oil producer and exporter, also held talks with Russia, the Czech Republic, Britain and the United States on nuclear partnership projects.
Saudi Arabia is looking forward to diversifying its energy mix with solar and nuclear to reduce its dependence on fuel for power generation and meet increasing local demand for power demand expected to nearly triple in the next 20 years.
The kingdom has unveiled plans to build 16 nuclear power reactors by 2030, which could   cost more than $100 billion.