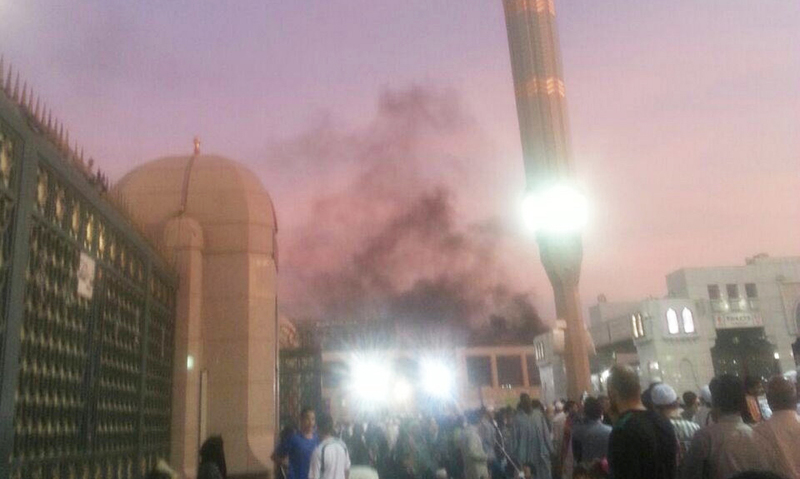 Saudi Arabia had been targeted by three coordinated attacks on Monday, carried out in the cities of Jeddah, Qatif and Medina, but the most shocking of them all is the attack by a suicide bomber against Prophet Mohammed’s (S.A.W) mosque, the second holiest praying ground in Islam after the Kaaba in Mecca.

The attack, which occurred around the evening praying hours when people break their fast, killed four security officers.

The suicide bomber triggered his explosive belt when security officers tried to stop him after becoming suspicious of his actions according to a statement from the Saudi interior ministry. No group has claimed responsibility for the attack but there are suspicions that it could have been carried out by the militants of the Islamic State following its call for more attacks during the Holy month of Ramadan, which will end on Wednesday.

The attack was condemned by several authorities and Iranian foreign minister Mohammad Javad Zarif tweeted that the attack showcases that “there are no more red lines left for terrorists to cross” before adding that Sunnis and Shias “will both remain victims unless we stand united as one.”

The attack, which could have been hardly imagined by the Islamic Ummah, was described by Abdullah al-Sheikh, head of the Saudi Shura Council, as an unprecedented “crime” that “could not have been perpetrated by someone who had an atom of belief in his heart.” Saudi Arabia’s supreme council of clerics said the attacks “prove that those renegades… have violated everything that is sacred.”

Saudi Arabia is among the countries combating the Islamic State under the US-led coalition. According to the interior ministry, the oil rich kingdom has registered 26 terror attacks since 2014.