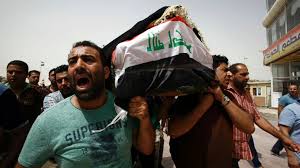 Reacting to the Sunday suicide attack that killed more than 200 people in Baghdad, the Justice Ministry executed five prisoners on Monday as a show of solidarity with the grieved population.

It is unclear if those executed played a role in the attack claimed by the Islamic State or had links to extremist groups. A statement released by the Justice Ministry did not cite the crimes committed by the five people.

The attack was the deadliest in Iraq for the past years and the number of casualties are expected to continue rising as rescue workers search over the debris. Prime Minister Haider al-Abadi visited the scene on the afternoon of the attack but had to flee the site as angry Iraqis, frustrated by the government’s inability to ensure security, pelted his convoy with stones and missiles.

Analysts believe that the Islamic State, which was ousted from Fallujah last week, carried out the attack as a sign of persistence to show that it would continue to propagate fear and insecurity within the population and even in areas fully under the government’s control.

Meanwhile, the Liberty Camp situated close to Baghdad’s international airport was shelled yesterday setting several caravans on fire. The camp houses dissidents of the Iranian regime and spokesman Saad Maan of the Baghdad Operations Command said “a number of rockets” fell on it and they were launched from a truck in an area west of the capital.

The dissidents are holding pro-Iranian militias fighting in the country responsible but there has been no claim of responsibility. The camp has often been attacked and the last one dates back to October 2015.