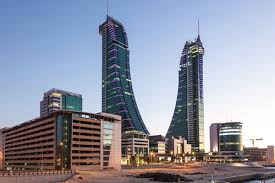 35The International Monetary Fund (IMF) has welcomed the economic and financial reforms undertaken by Bahrain to battle fiscal and external imbalances.

The Executive Directors of the IMF signaled that the low global oil prices have “adversely affected” the country’s economy but hailed the reforms implemented “to safeguard macroeconomic stability.”

Bahrain’s Gross Domestic Product (GDP) slowed by 1.3% from 2014 to 2015 while consumer and investor sentiment has “weakened” but the banking sector continues to be “well-capitalized and liquid.” The slowing down trend of the GDP is expected to continue till 2017 while inflation would “rise modestly” and fiscal deficit would increase during 2016.

The effects of the low global oil prices are expected to be limited but IMF called for more efforts to reduce fiscal deficit and urged for the continuation of reforms to diversify the economy in order to strengthen growth prospects.

As part of the prospects to diversify its economy, Bahrain launched a new campaign to boost its tourism sector at the Arabian Travel Market in Dubai. Sheikh Khaled Bin Humood Al-Khalifa, CEO of the Bahrain Tourism and Exhibition Authority, said “the new brand” is part of “an integrated strategic approach” to boost the sector and create “a suitable environment to incubate tourism projects.” Tourism contributed 3.6% to the GDP, that is around $700 million, last year but authorities are hoping to increase it to $1 billion by 2020.

IMF encouraged Bahrain to “address impediments to private investment to achieve diversified and sustainable growth” and welcomed the government’s plan for infrastructural investments that will support long-term growth.

Compared to other Gulf States, Bahrain has been less reliant on oil to cover its expenses.