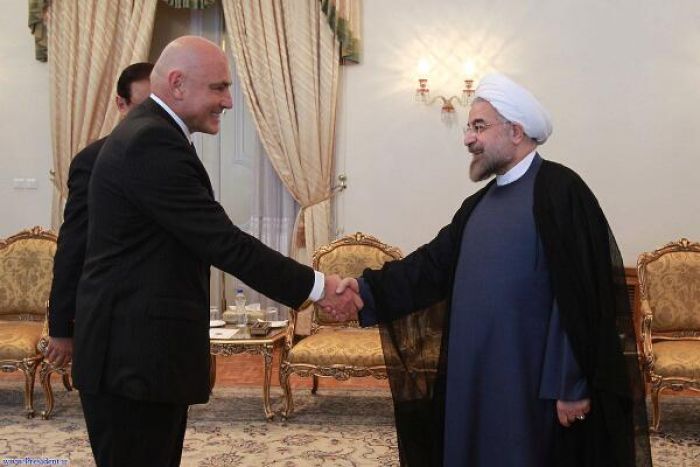 1Iran summoned Switzerland’s ambassador, Gulio Haas, to protest against a US court ruling that allows the freezing of $2 billion of Iranian assets in the US for compensation purposes for terrorism. Switzerland represents US interests in Iran since diplomatic ties broke between Tehran and Washington.

Iranian Foreign minister Mohammad Javad Zarif warned that if the funds are “diverted” and “plundered,” Tehran will hold the US administration responsible and will lodge a complaint with the International Court of Justice for “reparation.”

Ambassador Haas was given two notes stating Tehran’s “official objection” of the Supreme Court’s ruling founded on “baseless accusations… without any documents or proof.” It termed the ruling as “a clear violation of agreed mutual commitments” that violates judicial impunity, government properties and funds.

The Iranian Supreme Court added its voice to the matter through its judiciary news service Mizan Online stating that it was beyond the jurisdiction of the US judiciary because “the courts of every country have authority over their own territory and international civil cases.” It stated that the ruling was “based on no logic other than the law of the jungle and are more like an instance of international banditry rather than legal action.”

If the US goes ahead in freezing the funds and distributing them to the more than 1000 Americans that are to benefit from it, ties between the two countries will be dealt a significant blow. The sealing of the nuclear agreement in July 2015 has helped to ease tension between the two sides but Tehran has been unpleased with U.S policies.

Zarif, in an interview with the New Yorker published on Monday, asked if the US will be happy if “people can legislate in other countries to confiscate American assets” considering the number of “crimes” they have committed against Iran, Vietnam, Afghanistan and Iraq.