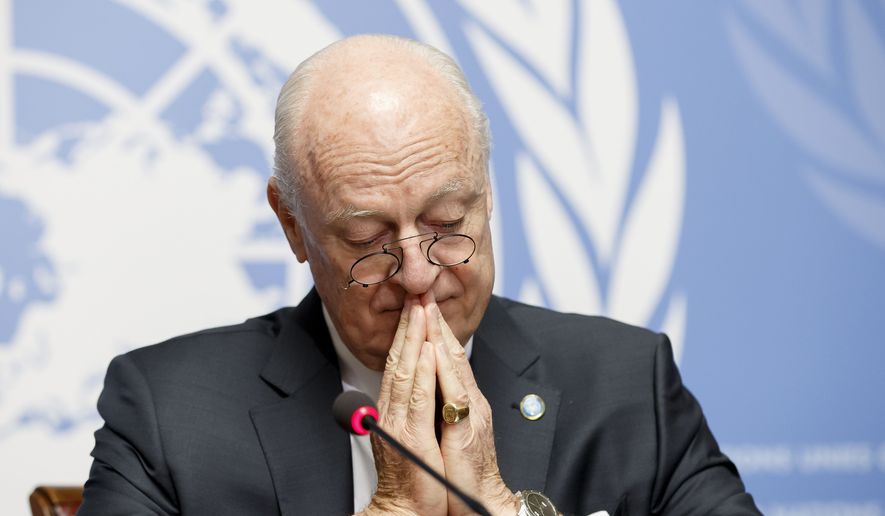 The Syrian talks in Geneva that had been ongoing for two weeks ended with the UN special Envoy Staffan de Mistura releasing a seven-page document highlighting that although the rival parties have common grounds, there continues to be differences in the matters related to a political transitional government.

He hinted that such a government could include “members of the present government and the opposition, independents and others.”

Diplomatic sources familiar with the talks said the next round is expected to take place around the middle of next month. It is however unclear if it will be held due to the increasing hostilities in Syria with the ceasefire that was in place since February practically inexistent especially in Aleppo.

The head of the International Committee of the Red Cross (ICRC) in Aleppo, Valter Gros, explained that “there is no neighborhood of the city that hasn’t been hit” and the future is uncertain with people “living on the edge.” The ICRC-supported Quds hospital was bombarded and Gros highlighted that “wherever you are, you hear explosions of mortars, shelling and planes flying over.”

The role of Assad in a post-war Syria has been a key issue in the talks as opposition groups request that he must be excluded.

The upcoming talks are also expected to be affected as Russia prepares to ask the UN Security Council to consider Jaish al-Islam and Ahrar al-Sham as “terrorist organizations” because of their activities.

Jaish al-Islam is close to Saudi Arabia and the head of the Riyadh-based High Negotiations Committee is led by one of its leaders Mohammed Alloush. The Russian Ambassador to the UN Vitaly Churkin said Jaish al-Islam and Ahrar al-Sham “are not participating in negotiations and they’re not participating in the cessation of hostilities so it’s time to call a spade a spade.”