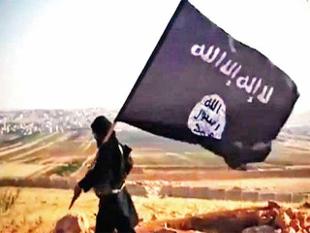 The Islamic State group did a surprising corny move by withdrawing from the towns of Hit, Kubaysa and Rutba in western Iraq on Sunday only to return on Monday with reinforced artillery to Rutba.

Top Iraqi security spokesman, Yahya Rasool, said majority of the extremist fighters fled the towns through the desert and operation is ongoing to hunt them down with Iraqi aircraft.

Although the group has not announced the reasons behind its move, Mayor of Rutba, Imad Ahmed, warned shortly after the group’s militants left on Sunday that it could be a “trick” to evaluate the local population’s allegiance. Some civilians had welcomed their withdrawal. Rutba is located 390 kilometers west of Baghdad.

When militants of the Islamic State returned to the city on Monday, a senior officer overseeing the area under the Jazeera Operations Command noted that IS “came back from al-Qaim with armored vehicles and artillery.” The officer said the group’s “foreign leaders” who were in the city did not return.

Even though the group’s withdrawal could be seen as an escort of these leaders to ensure their safety, the militants could have also gone to reinforce their ranks as the officer who was speaking under the condition of anonymity observed that the outskirts of the town and the main entrances are manned with vehicles and artillery “as if to defend it (Rutba) from any attack by the security forces.”

Elsewhere, sources have stated that Monday was a tragic day for the military with at least 47 soldiers killed when the Islamic State group attacked the headquarters of the 3rd Rapid Deployment Force and other military barracks as well as Iraqi Security Force convoys in the villages of Safiyrah and Abu Taiban.