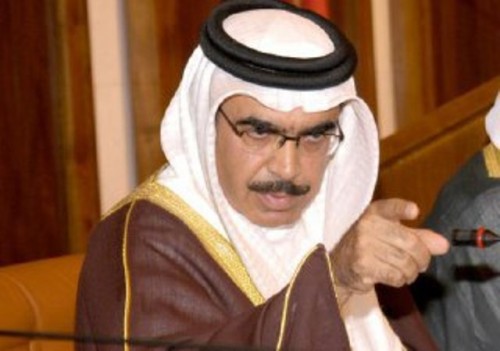 Bahrain’s Interior Minister, Sheikh Rashid Al Khalifa, expounded before clerics, members of parliament and newspapers’ editors in chief the “dangers” posed to Bahrain by some countries, singling out Iran due to its detrimental actions targeting the kingdom’s security and stability.

He said these dangers are backed by concrete evidence and several measures will be implemented to counter terror groups.

Bahrain dismantled many terror cells over the past years especially after the 2011 protests which began with the Arab Spring wave and authorities have lamented that members of the cells claimed to be trained by Iran’s elite Revolutionary Guards, Lebanon’s Hezbollah or in Syria.

Minister Rashid pointed out that the “dangers of Iran’s interference in the internal security” is worrisome and it has prompted the adoption of preventive measures which include travel bans and money transfer monitoring.

Bahrainis between 14 and 18 could face travel restrictions to countries considered “unsafe” by the government and the financing of terrorism is also expected to be curbed with the establishment of a committee to monitor money transfers and donations.

Bahrain’s population is made up of a majority of Shias while power is in the hands of the Sunni minority.

The Shias usually use the annual Ashura commemoration to demand political reforms amongst which is the introduction of a constitutional monarchy. Rashid warned that henceforth, “attempts to politicize” religious activities will not be encouraged as the kingdom strives to “protect religious discourse against religious and political extremism as well as incitement.”

Human rights organizations often accuse Bahrain of abuse and violations but the Interior Minister stressed that “information and material evidence are more serious than just being press and media information. They are professional and legal report” and their accusations and charges are backed by “substantial evidence,” he insisted.