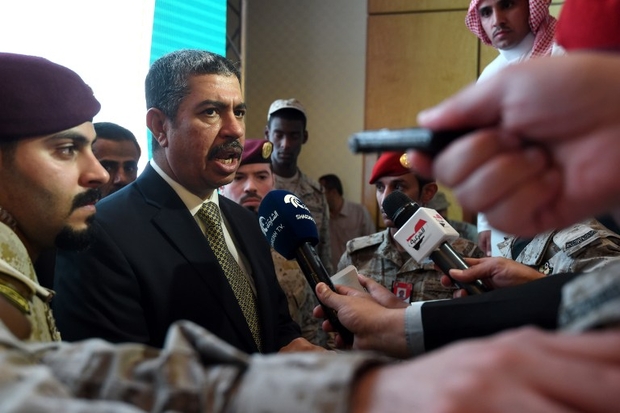 The exiled Yemeni government returned to Aden, as the country’s temporary capital, on Wednesday and held its first meeting on Thursday with representatives from Aden’s utility offices and local security officials.

The government has been self-exiled in Saudi Arabia for the past five months and president Hadi is still in Riyadh.

Bahah hailed the efforts of those who fought against the Houthi rebels and stated that the government will now takeover and assume its responsibilities. He said “one of the government’s priorities is to solve the problem of the security situation.” The resumption of “regular life” in Aden “needs more time,” he said.

The Prime Minister told UAE daily The National that “there will not be any negotiation before” the government takes control over the country.

Fadhl Al Rabei, a political analyst and the head of Madar Strategic Studies Center in Aden, said that “if the residents get the basic services, they will feel that there is a government that takes care of them. If they don’t, most of the residents will be opponents of the government.”

One of the crucial battles in the Yemeni war is expected to take place in Sana’a where the Houthi Movement’s administration is camped. The al-Masirah television that is under its control stated that several Saudi soldiers were captured and featured one among them identified as Sergeant Ibrahim Hakmi of a Saudi brigade based in the Jazan border area. He called on Saudi Arabia to end its military campaign in Yemen. Riyadh has not commented on the subject and clashes on the ground as well as airstrikes are still ongoing.

More than 4,500 people have been killed in the conflict.