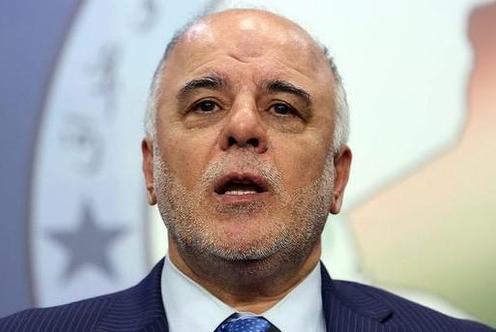 The office of Iraqi Prime Minister Haidar al-Abadi has rejected a draft law in the U.S Congress that will consider the different armed groups fighting against the Islamic State in Iraq as different states. The Prime Minister’s office stated that such a move will encourage divisions in the country considering that “many victories have been achieved because of the cohesion and we are moving to liberate every inch of the land of Iraq.”

The Foreign Affairs Committee of the U.S congress proposed a draft law that will deal with “Peshmerga and armed Sunni factions in Iraq as two state”, in order to deliver the US aid directly to the parties. Voting was scheduled to take place on Wednesday.

Abadi’s office stressed that the fight against ISIS mobilizes Iraq and all its components and “these components continue to fight for the liberation of all the lands from ISIS and the restoration of normal life in light of the government, which everyone participated in its formation.”

The recognition of Peshmerga and Sunni factions as states tasked with assuring national security will enable the U.S government to officially provide direct assistance to them and allocate a quota for them from the financial aid given to Baghdad to fight ISIS.

Influential Iraqi Shia cleric, Muqtada al-Sadr, who once led the Mahdi Army has warned the US Congress against such a controversial move because it will make Iraq hostile towards Washington. He said Iraqis who will never accept the “division of their country” will turn against U.S interest in the country. Sadr said the “the freeze” on the Mahdi Army will be lifted if the U.S goes ahead with the plan and they will “begin hitting US interests in Iraq and outside it.”