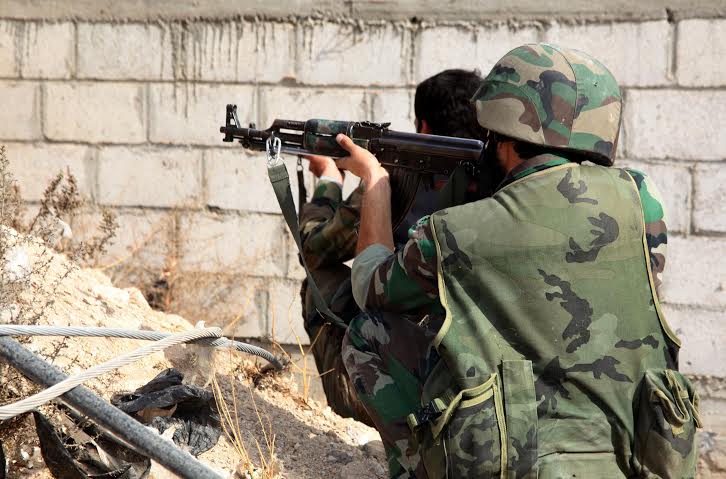 The Al Nusrah Front, al Qaeda’s official branch in Syria, has joined hands with other rebel groups to launch an offensive on the pro-government forces in the Idlib province. The campaign is baptized the “Battle of Victory” and majority of the artillery is aimed at the city of Jisr Al Shughur although opposition fighters are also attacking government checkpoints in the agricultural plain south of the town as well as nearby military facilities. Some of the fighters taking part in the battle are from other major extremist groups such as Ahrar al Sham, Jaysh al Islam, Ansar al Din, and Ansar al Sham.

Britain-based Syrian Observatory for Human Rights said five checkpoints have been taken over by the rebels since the fighting began and eight rebels have been killed. The rebels are yet to enter Jisr Al Shughur but they are controlling two checkpoints near the city.

A suicide car bomb attack on the Al Qarmeed military camp in Idlib that marked the beginning of the battle has been claimed by Al Nusrah as the rebel groups try to push Assad’s forces out of northern Syria.

The coalition is part of a deliberate strategy to pool the resources of various rebel groups and Sheikh Abdallah Muhammad al Muhaysini, an influential al Qaeda-linked ideologue in Syria, has long advocated for such methods. Muhaysini plays a prominent role in Jaysh al Fateh, and quickly endorsed the “Battle of Victory” grouping although the two are formed differently but their primary objective continues to be fighting against the Assad regime.

The Syrian war has been going on for more than five years and political efforts to end it have been not been successful.