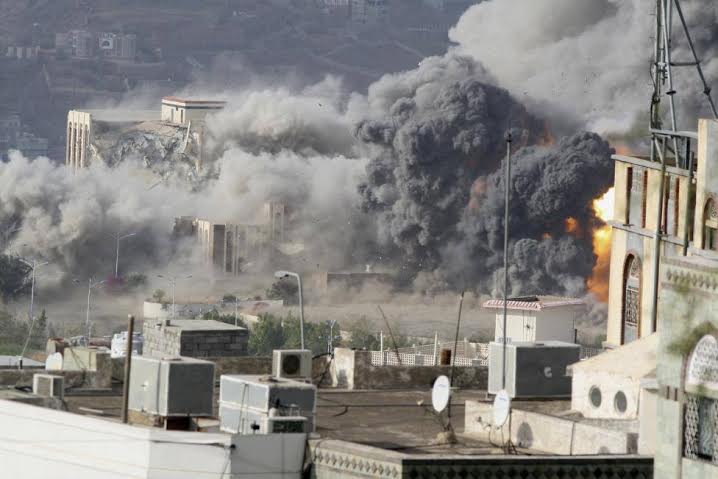 Oman is working on ending the Yemeni crisis through dialogue with the hope that it will be able to convince the warring parties to lay down their weapons for elections to take place. Some of parties have refused to participate in talks led by Saudi Arabia or to be held outside of the country.

The initiative by Muscat to begin a political solution could be welcomed by the different Yemeni parties concerned about the crisis because it is the only Gulf country that is not taking part in the military campaign. Foreign Minister Yousuf Bin Alawi said they have their “reasons” and amongst them is the “common passionate feelings among Yemenis and Omanis.”

Reports claim that the plan entails the withdrawal of the armed factions of the Houthi Movement and ousted president Ali Abdullah Saleh’s forces from all Yemeni cities. The Houthi Movement would be transformed into a political party. Military weapons taken from the army should be returned and president Hadi will remain in power until parliamentary and presidential elections are held. The elections should enable the formation of a new consensus government that will not sideline any party in the country.

With regards to the economic aspect, Oman is proposing that an international donor conference will help to revive the economy which is also the poorest in the region. Yemen will also be added to the Gulf Cooperation Council (GCC).

Muscat has not officially declared a peace plan in Yemen although Paolo Lembo, U.N. Resident Coordinator in Yemen said on Thursday that all the Yemeni sides have declared their willingness to enter talks, but none have taken steps so far to halt the fighting. He said the U.N is working on hosting a conference involving most parties.