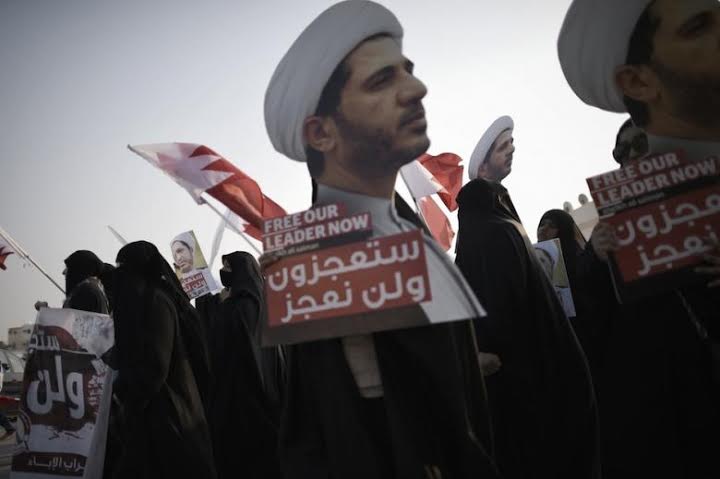 The trial of Sheikh Ali Salman, head of al-Wefaq Islamic Society, resumed on Wednesday with testimony from key defense witnesses amid protests by his supporters. Salman was arrested last year in December and charged with inciting a “change of government by force, spreading hatred among a segment of society and insulting the interior ministry” among other charges. The trial has increased tensions between the Shias and government authorities.

Bahrain’s interior ministry has often warned that “those who dream of overthrowing the monarchy and setting up an Islamic republic a la Iran will be disappointed.” Al-Wefaq is believed to have close ties with Tehran because of its Shia background.

Salman has denied the charges against him and told the court during one of the hearings that he is in the opposition but not interested in overthrowing the regime. “I have been working in politics since 1998, when people secretly called to overthrow the regime, and I did not take that path and was on the opposing side. I always stood alongside the government and backed the constitution. I was even a former member of parliament.”

Regarded as Bahrain’s top opposition leader, Salman’s party boycotted the parliamentary elections and protested the polls, which led to its leader’s arrest. His lawyers are arguing that the charges against him lacked legitimate legal basis.

Spokesperson Mohammed Al Sayed of moderate group Citizens for Bahrain said the charges “are of a serious nature and deserve to be examined” before adding that the courts have the final say while Adel al-Muawda, a member of Bahrain’s upper house of parliament acknowledged that “disturbances will happen” during the course of the trial and it will be caused “by people who do not like law and order to take its place.”