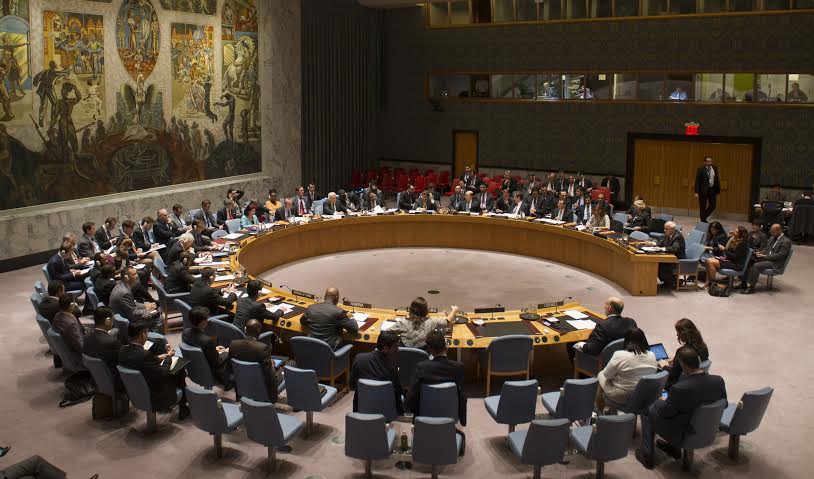 The Israeli-Palestinian conflict has returned to the U.N Security Council discussion table in a bid to revive talks between the parties. France has been working on the “parameters” for ending the conflict which it hopes will receive the support of the United States while New Zealand signaled that now is the right time to act.

French UN Ambassador Francois Delattre said the council should work towards “a consensual and balanced resolution that sets the parameters of a final status and a timeline for the negotiations.” Britain’s UN Ambassador Mark Lyall Grant said a resolution “setting out the parameters for a peaceful and negotiated solution” will be encouraged but drafting it “will require proper consultation to achieve the full backing of the council.”

United States has been using its veto power to defend Israel but Prime Minister Netanyahu’s rejection of a two-state solution during the elections has led to Washington saying that it will “reassess” its options on US-Israel relations and Middle East diplomacy.

However, New Zealand’s UN Ambassador Jim McLay thinks that with a new government about to take office in Israel it is preferable to begin the talks before the US presidential campaign heats up ahead of the November 2016 election. He said they will support the French proposal although they have also been “working on a text that might serve the purpose of getting negotiations started.”

Wang Min, China’s deputy permanent representative to the UN, called on the Security Council to “play a bigger role” as he urged Israel and Palestine to “move towards each other” for talks to begin. He said that “the creation of an independent state of Palestine through peace talks and the peaceful coexistence of the two countries is the only way out.”