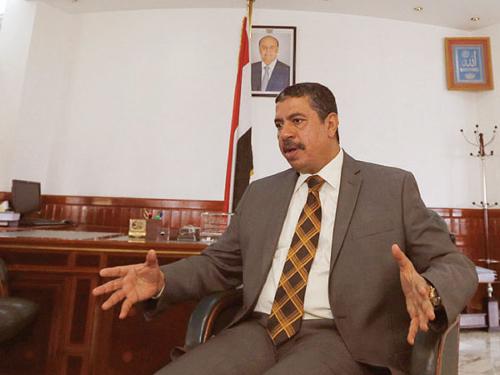 The Houthi Movement has released Prime Minster Khaled Bahah and other cabinet ministers that were under house arrest since January. The Prime Minster announced his released on his Facebook page and described it as a gesture that was geared towards pushing the political process towards a positive direction. The Houthi movement and President Hadi are still strongly divided and are yet to meet for talks.

Bahah urged “all political and social forces to preserve security, stability and unity of Yemen” and warned that sidelining peace talks would lead to dire consequences. Unlike President Hadi, Prime Minister Bahah did not state whether he has revoked his resignation issued during his house arrest but pointed out that his government is not resuming duties. He is expected to leave with his family for Saudi Arabia.

The Yemeni crises have become a diplomatic battling ground between neighboring states. The Houthis, facing growing international isolation have turned to Iran for support, while Saudi Arabia has rallied the monarchies of the Persian Gulf behind Hadi. Some Persian Gulf nations have announced that they are moving their embassies to Aden after President Hadi escaped from house arrest in February and surfaced in the southern city that he later declared as the country’s new capital.

The release of the Prime Minster and other Minsters was facilitated by the United Nations special envoy to country Jamal Benomar. Part of the conditions of the release is absolute freedom to travel within and outside the country.

Yemen is currently divided between the Houthis and the government and there are fears that the division could strengthen the al-Qaeda branch in country; already dubbed as the most dangerous in the region.