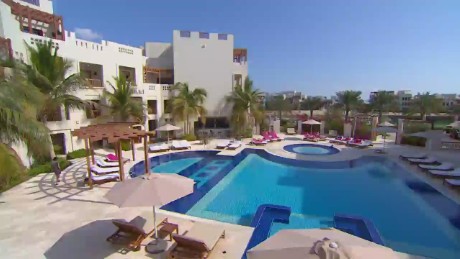 The Sultanate of Oman is busy working to diversify its economy which is still heavily depending on oil revenues by offering investors huge business opportunities in the tourism sector.

More than 1.1 million tourist arrivals are expected in Oman this year, up by 3 percent on 2014, with tourism receipts reaching $2.24 billion, up by 5 percent year-on-year.

According to some experts, the several US billion projects planned or underway in Oman include four museums with libraries, 24 hotels & resorts, six shopping centres, one theatre, five sports stadiums, leisure complexes and four convention centres.

Oman officials recognise tourism’s important contribution to job creation, heritage conservation and community development, as well as its ability to promote cross-cultural dialogue and understanding among both peoples and nations.

Analysts say that Asia will be the largest tourism market in the world in the next few coming years due to its strong growth potential with tourist arrivals set to increase by 37.3 percent between 2014 and 2018. Such huge potentials triggered the appetite of Omani tourism officials and businessmen who want to secure a slice from that pie by building the necessary hospitality infrastructures and improving services to be able to survive in a very competitive industry.

The contribution of Oman’s tourism industry to gross domestic product has risen by 2.5 percent annually, and the government want to increase that contribution to 6 percent by 2020.

The number of hotel rooms in the Sultanate is expected to more than double to 32,000 by 2020, while five international airports are being either upgraded or built. Muscat International will double in size to accommodate a 12 million passenger annual capacity when it opens next year following a $1.8bn upgrade.

Oman Air company has ordered 24 new planes to be delivered over the next four years, including its first Dreamliner, due to arrive shortly, to keep pace with expansion plans.