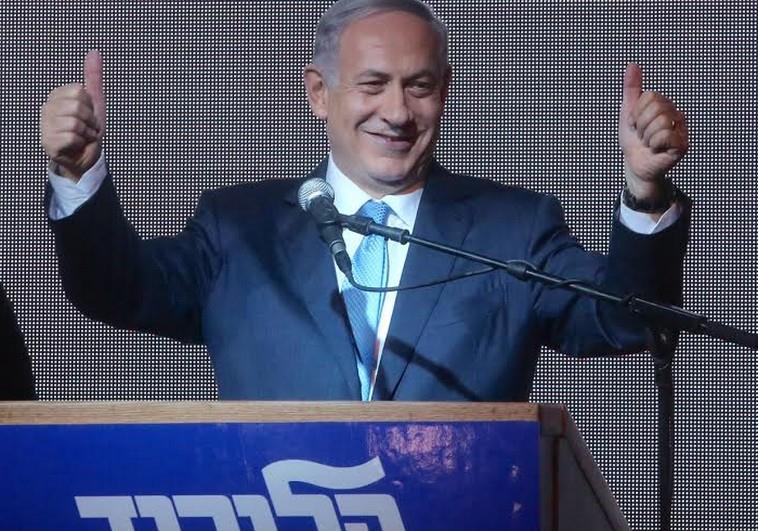 Netanyahu will continue to be Israel’s Prime Minister after his Likud party defied opinion polls to win the elections but will need to join hands with other parties to form a coalition government. Opposition leader Isaac Herzog came out second and has accepted defeat but didn’t state whether he will be willing to be part of the government.

Likud won 30 of the 120 seats in parliament and Netanyahu tweeted that their lead is “a major victory for the people of Israel” as the party won “against all odds.” After the hard fought victory, Netanyahu gave assurances that he will “form a strong government” that will work for “every family, soldier, citizen, Jewish or not” because the differences are not important to him.

A party statement has hinted that consultations with other parties have already begun because they want to present a government within two to three weeks. Likud is likely to form a coalition government with rightwing groups such as Jewish Home with 8 seats, Yisrael Beitenu six, Shas seven and UTJ six. The total is however less than the absolute majority in the Knesset.

The center left led by Isaac Herzog won 24 seats followed by the Joint List, which groups the main Arab parties, with 14 seats, meaning they will be the third largest force in the parliament.

Herzog told reporters after the results were announced that Israel needed “another voice, a voice that offers an alternative and a voice that tells it the truth.” Netanyahu said he is “proud of the people of Israel who in the moment of truth knew what was important.”

Herzog’s campaign was focused on social and economic hardships while Netanyahu paid attention to security and regional matters.