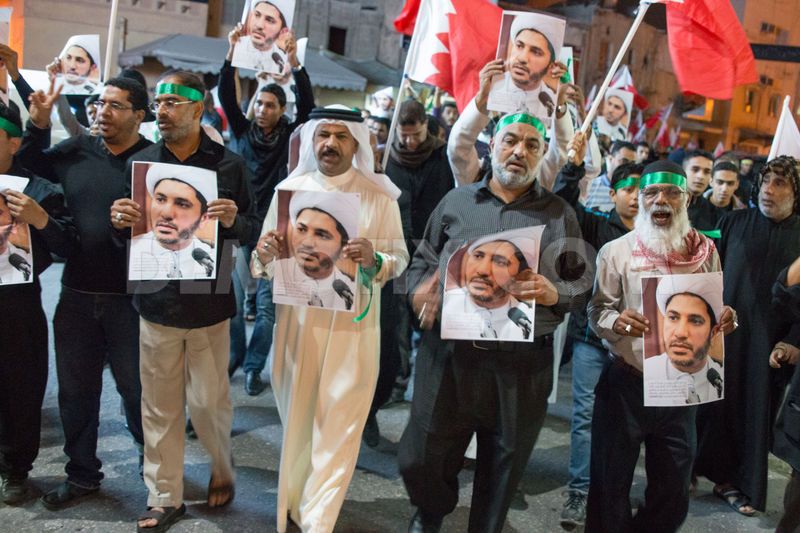 After more than three weeks in custody, Sheikh Ali Salman, head of the al-Wefaq movement, has been charged with “promoting the overthrow and change of the political regime by force.” Prosecutor Nayef Mahmud stated that the politician confessed to have “contacted regimes and political groups abroad with whom he discussed Bahraini internal affairs,” without the knowledge of the Bahraini officials. He added that some of contacted parties had “expressed readiness” to “interfere in Bahrain’s affairs.” The trial will begin on 28 January.

The al-Wefaq movement is one of the main Shia political parties in Bahrain. It decided to boycott the November parliamentary elections after claiming that promised reforms didn’t take place. The party wants a constitutional monarchy and protests have been going on since 2011. At least 89 people have been killed in confrontations with security forces and hundreds have been arrested and are facing trials.

Salman is very critical of the government prompting his opponents to consider him as a radical. He will also be facing charges for inciting disobedience and inciting hatred against a part of the population in his public statements. There have been daily protests in Shia dominated neighborhoods calling for his release. His supporters are accusing the government of false allegations because they have not released any evidence against Salman.

Human rights group have criticized his arrest and one Bahraini analyst said the charges are similar to a declaration of war against the political societies tolerated in the kingdom. Some Bahraini opposition groups want the al-Khalifa dynasty to be overthrown rather than seeking for a constitutional monarchy.

When Salman was arrested, the U.S warned his detention could “inflame tensions.” Majority of Bahrain’s population are Shias but power is concentrated in the hands of the Sunnis.