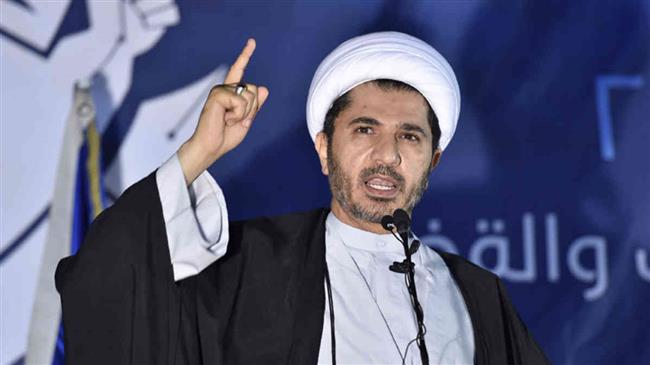 Tension is mounting between Iran and Bahrain after comments made by Iranian Foreign Ministry officials about the detention of Bahraini opposition leader Sheikh Salman, head of Al-Wefaq Islamic Society, were considered as an interference in Bahrain’s domestic affairs.

Iranian Deputy Foreign Minister Hossein Amir Abdollahian said the arrest and detention of Sheikh Salman shows that Bahrain is supporting extremist activities rather than promoting democracy. He went on to say that Bahrain will not be able to cope with the consequences.

On Wednesday, Iranian Foreign Minister Mohammad Javad Zarif had called for the immediate release of Sheikh Salman and stressed that coercive confrontation with respected peaceful leaders will only complicate the situation by increasing dangers and threats.

Bahrain’s Foreign Ministry strongly condemned the Iranian comments as “an unacceptable and irresponsible conduct in regional and international relations” and as contradictory to the respect of states’ sovereignty and independence.

A statement released by Bahrain’s Public Prosecution on Thursday said Salman is being interrogated on his claims that the Wefaq Party turned down an offer to embark on an armed struggle like the opposition in Syria and also on his speeches upholding defiance of Bahrain’s regime and authorities.

Meanwhile, Washington said it was “deeply concerned” by the detention and ongoing questioning of the Bahraini opposition leader, urging the Government “to follow due process in this and all cases and abide by its commitment to transparent judicial proceedings conducted in full accordance with Bahraini law and Bahrain’s international legal obligations.”

Expressing concern that the detention of a senior leader of the opposition “will only inflame tensions,” Washington said opposition parties that peacefully voice criticism of the government play a vital role in inclusive, pluralistic states and societies.

Secretary General of the Gulf cooperation Council (GCC) Abdul Latif bin Rashid Al Zayani also denounced what he called “Iran’s interference in the domestic affairs of the State of Bahrain.”

Al Zayani, who condemned the Iranian Foreign Ministry’s statements, said the investigations are conducted by Bahraini authorities in the frame of the laws and regulations applicable to all citizens without any exception.