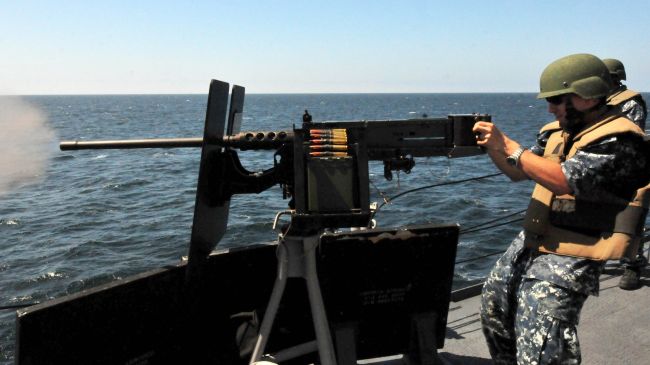 Tehran and Washington could be involved in another round of diplomatic tussle after a U.S Coast Guard vessel fired at a dhow. The U.S is claiming that the action was in self-defense while Iran has not commented on the matter. The incident took place in the Persian Gulf, a key route for international oil shipments, usually patrolled by many naval fleets. Iran and the U.S have had a very tense relationship when Ahmadinejad was Iran’s president but the arrival of Rohani, last year, has helped to reduce the friction between the two countries. According to Spokesman Cmdr. Kevin Stephens of the U.S. Navy’s Bahrain-based 5th Fleet of which the coast guard vessel is part of, he blamed the Iranians for provoking the incident. He said “the dhow’s crew trained and prepared to fire a .50 caliber machine gun” at an approaching crew sent by the Coast Guard patrol vessel Monomoy to “query the Iranian dhow.” Dhows are traditional wooden boats common to the region that are typically used for trade.

Such an action prompted the Coast Guard vessel to fire a single shot “in self-defense” in retaliation to the “demonstrated hostile intent” that was aimed at the crew that was in an inflatable boat. It cannot be confirmed if the shot led to casualties, injuries or even hit the dhow. However, the American crew was not injured in the encounter.

Spokesman Stephens said that the Monomoy was operating on “a routine maritime security operation” when it contacted the dhow’s bridge. After initial contact, the Iranian vessel stopped communicating and the Coast Guard ship deployed small boat for investigations which led to the incident.

It is not clear if the incident will affect the ongoing Iranian nuclear talks in Geneva.