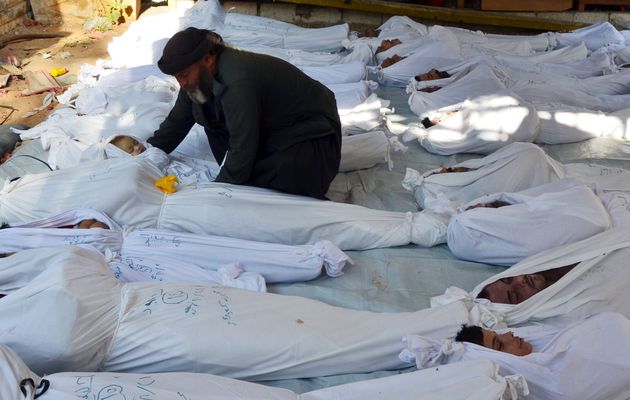 The Syrian Observatory for Human Rights has reported that the ongoing war in Syria which has forced around half of the country’s population to flee has claimed more than 180,000 lives. The three year old war started as an anti-government protest but defiant President Assad has vowed that he will not succumb to their pressure. President Hollande of France has announced that it had supplied the rebels fighting against the pro-government forces with arms while Kuwait is being applauded by the World Health Organization (WHO) for helping those affected by the war. Syrian Observatory for Human Rights is located in Britain but depends on a network of sources in Syria to produce its reports. In the published report, it highlighted that 58,805 civilians, 49,699 members of the armed opposition, 66,365 from the regime forces, 561 members of Lebanon’s Hezbollah movement, 1,854 other non-Syrian pro-regime fighters and 2,931 unidentified people lost their lives in the war.

Different armed opposition groups are fighting against the government forces. Some of them such as Al-Qaeda affiliated Al-Nusra Front and the Islamic State are Islamists while others are liberal.

The fear of Islamists increasing their influence in troubled areas of the Middle East has led to France’s distribution of arms to rebel groups. President Hollande said that the arms were delivered “when the Syrian rebels had to face both the armies of the dictator Bashar Assad and this terrorist group Islamic State.” Hollande specified that the delivery took place “a few months ago.”

Meanwhile, Kuwait has donated $45million to the WHO for the provision of essential health care in government and opposition controlled areas within Syria and in neighboring countries such as Egypt, Iraq, Jordan, Lebanon and Turkey where they have been received as refugees.