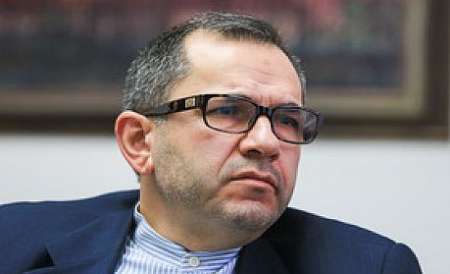 Iranian Deputy Foreign Minister for American and European Affairs, Majid Takht-Ravanchi, has warned negotiating parties concerning its nuclear deal that proposals which belittle its uranium enrichment program to a toy will not be tolerated.  There are fears that the size and scale of the Iranian nuclear program could make it a military nuclear power. Sanctions have been levied on the country to discourage the authorities but Deputy Minister Takht-Ravanchi stressed that Tehran has a “specific framework” under which all to-be concluded agreements must fall within.
Permanent members of the UN Security Council including Germany have been negotiating with Iran for a couple of years. They have failed to agree on terms and have missed several deadlines. A new deadline has been extended to November 24.
Ahead of the resumption of official negotiations, Takht-Ravanchi met with a US delegation in Geneva for discussions. Taking into consideration the comments made by the Iranian official, it seems as if the proposals made by the US were not considered as genuine. “We said to the other party… We will not accept that our uranium enrichment program becomes something like a toy,” Takht-Ravanchi was quoted saying after the meeting.
The American delegation is yet to comment on what transpired during the meeting.
Iran’s Bushehr nuclear power plant, the only one in the country, is being supplied fuel by Russia. The contract will however soon expire and Iran wants a guarantee that it will have enough enrichment capacity to supply its Bushehr plant. It also wants an end to sanctions.
The next round of negotiations will begin in a couple of weeks but Majid Takht-Ravanchi has underlined that Iran’s “enrichment program has a specific framework” and it “cannot accept anything outside of this framework.”