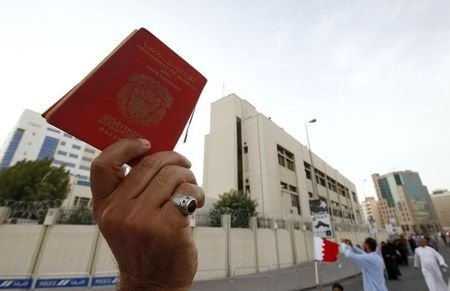 Bahrain has frowned at Qatar accusing it of carrying out “targeted” naturalization. Manama claims that a certain “category” of its citizens is being offered Qatari citizenship. Bahrain’s Interior Ministry’s Undersecretary for Nationality, Passports and Residence Affairs, Sheikh Rashid fears that such policies from a regional country could pose a security threat to Bahrain and also jeopardize its national interest. Qatar has not reacted to the accusations. Bahrain together with Saudi Arabia and the United Arab Emirates have all accused Qatar this year of meddling into their internal affairs; forcing them to recall their respective ambassadors from Doha. Bahrain has also in the past accused Iran of interfering in its domestic affairs.

The naturalization of Bahraini citizens is a very sensitive issue for the authorities. The majority of the population is Shiite but the minority Sunni’s is in power. Shiites want more democracy in the country and protests are frequent. Since 2011, Bahrain has been marred with regular violence after security forces quelled pro-democracy protests that erupted on the island during the Arab Spring. Shiites have also claimed that authorities are trying to shift the population balance by naturalizing Sunni’s from countries.

Although Sheikh Rashid did not give details of Qatar’s practices, he claimed that the latter “targeted specific families and singled out a particular category of people.” No figures were presented to show how many have already been naturalized neither the category of people being targeted. Rashid accused Doha of neglecting the laws of Bahrain.

A Gulf source said that Bahrain has raised its eyebrows because “keeping a Sunni-Shite balance” of the population remains a “very sensitive” matter. Bahrain News Agency reported that “naturalization of Bahrainis would affect Bahrain’s national security and vital interests negatively.”