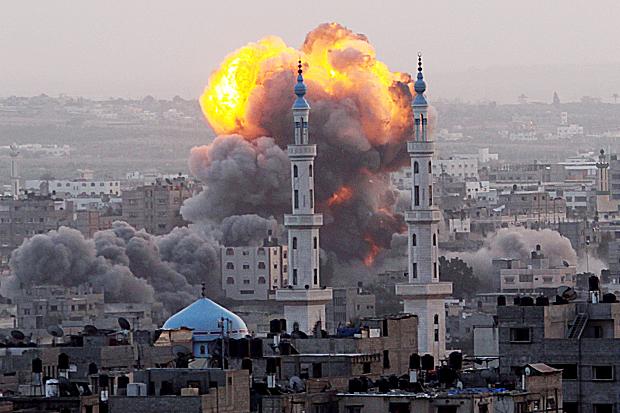 After seven days of fire exchange between Hamas militants and Israel’s Defense Force, a ceasefire has finally been proposed by Egypt; although it is still unclear if it will be heeded by the parties. Cairo wants both sides to retain their hostilities from 0600GMT onwards on Tuesday. A skeptical anonymous Hamas official said “weak” efforts are being made to assure that it is implemented while Israel remains tightlipped about the issue. The announcement also coincided with the US Secretary of State, John Kerry, visit to Egypt on Tuesday.

During the weekend, Hamas’s former Prime Minister Ismail Haniya stated that “there are moves and contacts to stop the enemy’s aggression against Gaza. There are countries intervening.” He said that “political and diplomatic moves” were been undertaken by the “movement’s leadership, and by internal and external factions, led by Khaled Meshaal.”

The seven day violence between the two parties has left more than 180 deaths in the Palestinian territories. The number is expected to rise as Israel continues it offensive and has warned civilians to leave Gaza ahead of its ground operation. Hamas continues its resistance and has fired hundreds of rockets into Israeli territories.

The anonymous Hamas official acknowledged that “various parties” are engaged in promoting a “truce deal” but their efforts are applied in “a weak manner.” He singled out Egypt as a principal actor in the negotiations. He added that “there are efforts and communications on the issue of a truce deal but until now there is nothing final.”

If the truce is respected, Egypt is ready to welcome Palestinian and Israeli delegations within 48hours to discuss details. The blockade on the introduction of goods into Gaza will likely be top on the agenda.