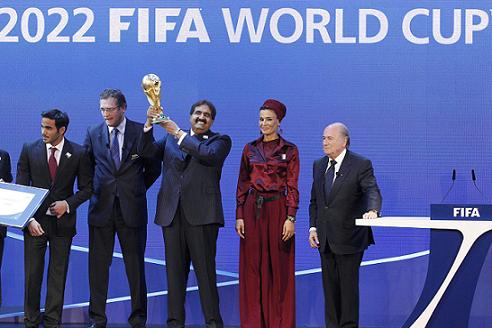 After the curtains of the FIFA World Cup went down, all eyes should be on Russia 2018. However, Qatar continues to attract more attention thereby prompting its Communications Director of the World Cup 2022 Supreme Committee, Nasser Al Khater, to stress that Qatar should not be singled out and bullied because of an investigation in the bidding process of the World Cup. Many countries are worried about playing such a tournament in Qatar especially during the summer. The communications director said that Qatar has always “been to what it has said in the past” despite claims that it used financial influence to be support its bid. An unpleased Al Khater lamented on how “it is unfortunate that people single out Qatar every time” they discuss an investigation in the bidding process which concerns Russia and Qatar. He added that all those who were involved in the “bidding process of 2018, 2022 World Cup” are all being investigated.

With regards to concerns about the challenges of having a World Cup during Qatar’s summer, Al Khater didn’t rule out the possibility of hosting it in winter. He seems to be much more concerned about hosting it saying that their “plans won’t change, we are going to be ready to host the World Cup in 2022, whether is the winter or summer of 2022.”
It will be the first time the tournament is organized in the Middle East. Expectations are high. Qatar has promised to make it a Middle Eastern affair.

Meanwhile Qatar is pushing Bin Hammam away. Al Khater stated that Bin Hammam never represented the executive committee although they engaged with him. He concluded that Bin Hammam was pessimistic about Qatar’s chances of hosting the World Cup in the beginning.