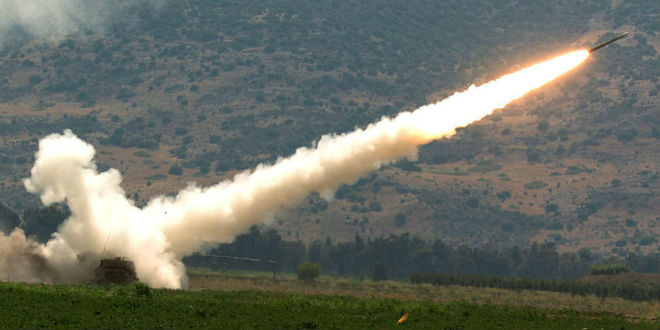 With rockets being fired from Gaza to Israel and vice-versa, the conflict could soon be extending to Lebanon after rockets were fired from its territory into the Jewish State. No group has claimed responsibility. This is the third such rocket attack from Southern Lebanon since Friday.

Tensions between Hamas and Israel rose after the death of a Palestinian boy. It is believed that his murder was a revenge for the death of the three Israeli teenagers. Since then, Hamas has fired hundreds of rockets to Israel while Israel has dropped more than a ton of explosives on Gaza.

The rockets from Lebanon are considered to be motivated by these bombings. They have not made any major damages as Israeli police spokeswoman confirmed that there was no immediate word of damage or casualties. In a statement released by the military, it was highlighted that there were “no injuries reported thus far” but “the IDF (Israel Defense Forces) immediately responded with artillery fire toward the source of the fire.”

The Lebanese security forces on Friday arrested a man suspected of launching the rockets fired in the first of the three attacks. He is a Lebanese and a member of “fundamentalist groups,” the report said, without naming the groups. Several armed groups are located in Lebanon amongst which is the Brigade of Abdullah Azzam and Hezbollah.

Although the rockets were fired from Southern Lebanon, Hezbollah has not claimed responsibility even though it is its stronghold. Hamas has also denied links to the Lebanon rockets and refutes a statement issued in the name of its armed wing claiming responsibility for that attack.

The Israeli offensive in Palestinian has been largely condemned by the Arab States while some of Western states have shown solidarity to Israel.