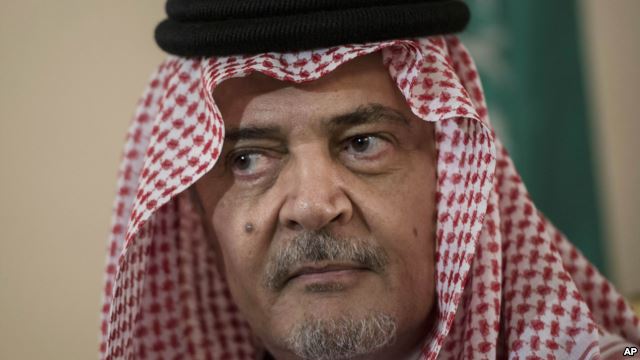 Saudi Arabia’s Foreign Minister Prince Saud al-Faisal has revealed that they have “sent an invitation to the [Iranian] foreign minister, but this intention to visit has not become a fact.” Iran and Saudi Arabia have always been accusing each other of undermining the peace in the region. The announcement coincided with the arrival of U.S Secretary of Defense Chuck Hagel.
Iran’s Foreign Minister Javad Zarif has not replied to the invitation but his Saudi counterpart has stated that “anytime he sees [it] fit to come, we are ready to receive him” because “Riyadh is ready to negotiate with Iran.” The two countries mostly disagree on several regional issues and the Saudi Arabian invitation came as a surprised to many people.
Analysts believe that the invitation was prompted by the loss of ground of the divided Syrian rebels and fears that the Islamic State of Iraq and the Levant will rise against the Saudi Arabian government. The latest outcome of the nuclear talks with members of the U.N Security Council plus Germany is also expected to have influenced the invitation.
President Rouhani in his first press conference after the 2013 presidential elections said “Iran and Saudi Arabia are the two most important poles in the region” and they also have “the greatest economic and political potential in the area.” He urged to better relationship between them because the nature of their ties “affects not just the national interests of the two countries, but positively or negatively impacts the other countries in the region.”
Iran and Saudi Arabia are seen as the patrons of the Shias and the Sunnis respectively. Both governments have accused each other of trying to promote its interests with the support of militants in different countries of the region.