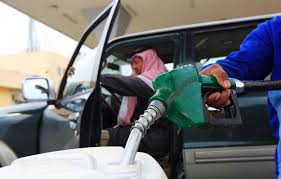 Saudi Arabia’s Oil Minister Ali al-Naimi has stated that the Kingdom is willing to provide the international market with oil whenever there is shortage. He made these remarks at the sidelines of a conference he is attending in South Korea. He cited that oil prices should be pegged at $100 and downplayed the role on individual countries such as Iraq and Iran in the global oil market.
International oil supply has been affected by the crisis in Libya, Nigeria, Iraq, South Sudan, the sanctions on Iran. The Ukrainian crisis which concerns Russia has also affected oil prices keeping benchmark Brent futures near $108 a barrel after hitting $112.39 on March 3, the highest this year.
OPEC members will be in Vienna on 11 June but Minister al-Naimi has already given assurances that Saudi Arabia and “other OPEC members” will supply “wherever demand is needed.” “We (Saudi Arabia) are willing to supply any shortage which may arise,” the minister stressed. Saudi has a current output is around 9.6 million barrels per day (bpd), while it has a capacity of 12.5 million bpd. OPEC members have a total output of 30million bpd.
Minister Ali al-Naimi thinks that the market is balanced as it is and believes that “there is no reason for a change.” He said the supply is “highly sufficient.” In a monthly report, OPEC said global demand will rise by 1.14 million bpd this year, up 50,000 bpd from its previous forecast. It also raised its 2014 projection for global demand for OPEC’s crude to 29.7 bpd, up 100,000 bpd from the previous month’s report.
$100 is considered a “fair price for everybody – consumers, producers, oil companies” by the minister and hopes that prices will fall.