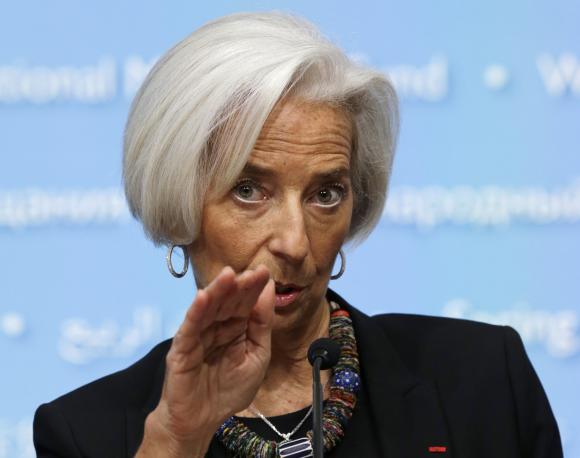 Kuwait has received a warning from the International Monetary Fund (IMF) that its economy is very vulnerable due to its heavy dependence on oil exports. The government has been asked to “contain current expenditures” to avoid any immediate shocks if oil prices start falling. Kuwait increased its public expenses to overcome the anti-government protests and finding a stable government has also been a major challenge.
According to the statement released by an IMF mission after a three-day evaluation visit made remarks about state expenditures especially “wages and subsidies”. Subsidies account for around 7% of the Gross Domestic Product (GDP).
Although the fiscal position of Kuwait remains to be “strong” and its current economic outlook remains to be positive, IMF fears that its “protracted political uncertainty could affect overall business confidence and the investment climate, and result in lower non-oil growth than projected.” Therefore the IMF suggests that even though the non-oil GDP is expected to grow by more than one percent this year, it will be safer to reduce expenses or diversify the economy in order to “mitigate risks” from “download oil price shocks.”
Public spending from 2005 to 2013 has more than doubled. Kuwait has boasted a budget surplus in each of the past 14 fiscal years, helping its sovereign wealth fund to increase to over $400 billion. However, fiscal surpluses are expected to fall in the next two years in Gulf Arab States according to a study by Reuters.
Fahad Al-Turki, head of research at Jadwa Investment in Riyadh, thinks that countries in the Gulf won’t reduce their spending in the next couple of years “because they have accumulated huge surpluses and most GCC has very small debt to GDP.”