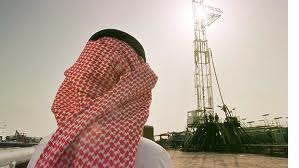 Despite a fall in oil prices the Gulf Arab economies anticipate a steady growth rate over the next two years as government spending remains high.
Across the Gulf Arabic Coast, Saudi Arabia’s gross domestic product is expected to increase from four-year low of 3.8 percent last year to 4.2 percent in 2014 and 4.3 percent in 2015. The second largest Arab economy, the United Arab Emirates, conversely is holding a steady growth rate 4.3 percent in 2013-2015. Winning the right to host the Expo 2020 world’s fair last year had helped revive Dubai’s property sector which raised UAE’s growth forecast from 3.6 percent.
“The challenge for the UAE now is not how to stimulate growth, but how to manage its pace, and avoid the pitfalls that led to the crisis of 2008,” HSBC’s regional economists Simon Williams and Liz Martins wrote in a note. With 5.5 percent growth in 2014 and 6.0 percent in 2015, Qatar overtakes the other five Gulf Cooperation Council member states as construction linked to the 2022 soccer World Cup tournament picks up after a slow start. Qatar’s consumer price growth rate of about 3.9 percent this year and 4.2 percent in 2015 is the highest recorded since 2008’s 15 percent.
Due to a decline in oil receipts, a spending restraint is encouraged, which is likely to lower fiscal spending. The Gulf Arab welfare states, with the exception of Bahrain, are expected to remain sound enough if the respective governments decide to increase spending to support economic growth. “With the expansionary spending policies implemented over the last few years … the oil exporters will start to see surpluses shrink, if not turn to deficit, over the second half of the decade,” the HSBC economists reported.