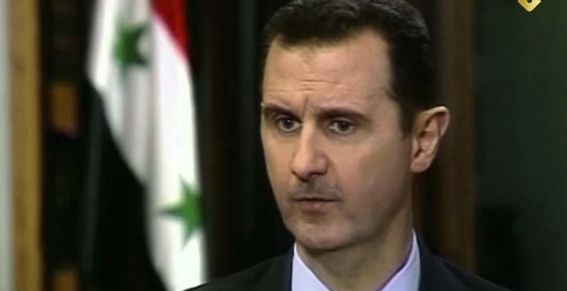 President Bashar Assad has ruled out the victory of the rebels fighting against his government without “direct foreign intervention.” The defiant president said the intention of his detractors is to create a “failed state”, but that it will never be achieved, as “the Syrian people remain unbroken in every sense of the word.”
Assad confidently said that his government will get through the civil war which has lasted for more than two years. His forces have been regaining territory from the rebels in the past few months. The international community remains divided on the steps to take and the decisions to make on the Syrian crises, but President Assad blamed the supporters of the rebels of wanting to create a “complete chaos” in the Syrian society. He said that is was “their goal” in hitting their infrastructure and economy.
He believes that the international community is aware that the ranks of the opposition movement are filled with radical Islamist militants in a bid to discourage the European nations and the US from arming them. Assad thinks that the only option left to oust him from power is a direct international military intervention, as he claimed that “every material, emotional and psychological means available” has been used against him. The northern part of the country remains to be a stronghold of the rebels but pro-government counter offensive operations have been successful in their advances.
The president also hailed the bravery of the citizens citing that they have been able to avoid being a “failed state” due to their dedication to their occupation which they have continued to accomplish despite the harsh conditions “as they expect terrorist rockets and terrorist explosions and suicide bombings to happen at any moment.”