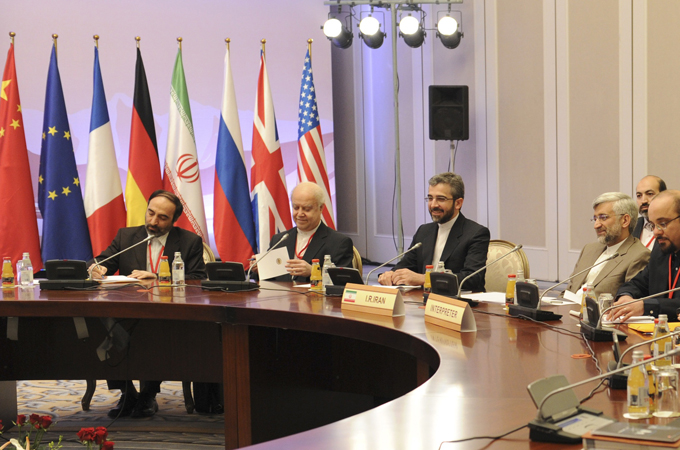 The long awaited nuclear talk was resumed in a hotel in Kazakhstan after a wait of eight long months. This discussion that reunited Iran and the world’s six greatest powers was opened on Tuesday after a plenary sessions with diplomats from the seven countries.
In this meeting that brought top politicians from Iran, US, UK, France, Germany, Russia and China the negotiations were mediated by the European Union head of foreign policy Cathy Ashton. She gave Iran an offer that was described as “confidence-building measure” instead of a bargaining tool. Although no details were revealed to the public about the offer it is expected to encourage Iran in bringing changes to its nuclear program.
Afterwards the Iranians representative took the offer to rely it back to Tehran in order to study all its implications. According to an Iranian official the positive part about the negotiations is that “Both sides agree on which part to solve right now” which for him is an important step that will allow talks to go a bit smoothly. But he expressed his fear that Iran is not being given an offer that is equivalent to what they are being asked for. Nevertheless this time however a real dialogue seems to have been started compared to the failed meeting in Moscow a few month ago.
The official also noted the positive effect about the meeting is that the head of Tehran’s delegation in Almaty is Saeed Jalili who is expected to be a strong candidate in Iran’s elections that are going to be held in June which means that talks can still be held until then.  After a long day of bilateral meetings amongst the represented countries privately the discussions was concluded for the day until Iran brings back the impatiently awaited reply.