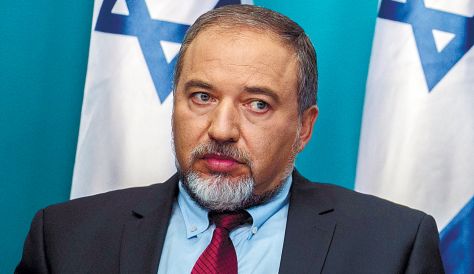 A year ago, Attorney General Yehuda Weinstein notified Israel’s powerful foreign minister Avigdor Lieberman that he wished to indict him on charges including fraud and money laundering. Some Prosecutors suspected that he received millions of dollars as a lawmaker and Cabinet minister.  However after a long investigation Weinstein announced on Thursday to drop the charges on these serious matters since the case was not strong enough.
But Lieberman ended up being charged with the small offense of receiving official material concerning his investigation from the former Israeli ambassador to Belarus.  Although Israeli law does not clearly specify if he must resign but some politicians have suggested he does. They cited legal precedent for politicians to leave their position when they face charges that diminish public trust. Lieberman and his lawyers announced that although the low does not oblige him to resign he will take the time to think the situation through and made a decision. In addition his situation is very particular since he is one of the closest allies of Prime Minister Benjamin Netanyahu.
In fact Lieberman’s party Yisrael Beitenu and Netanyahu’s Likud Party decided to join forces in order to run together in the January 22 parliamentary elections. This will allow them to have a large percentage of sits in parliament and lead a new coalition government. Since the deadline for announcing candidates has already passed, if Lieberman decides to resign Netanyahu’s team will loose the initial appeal it had to the Israeli population; thus making the breakup of the alliance quite difficult. Actually, the Prime Minister made a statement where he appeared to stand behind him by expressing his satisfaction that the foreign minister managed to avoid being charged with “main accusations” He also announced his hope that Lieberman will prove his innocence in the “issue remaining”.