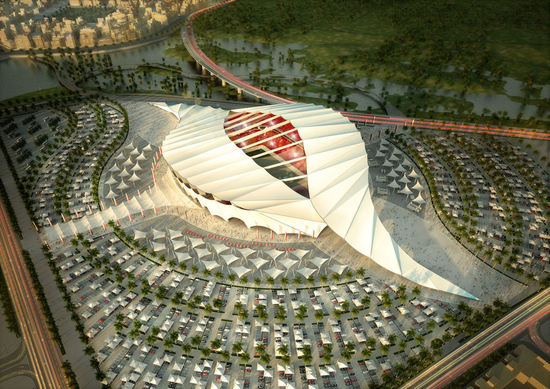 When Qatar was chosen to host the 2022 World Cup one of the commitments made to the FIFA federation was that the event will be held in summer where temperatures can reach 41C.  Hassan al-Thawadi, the secretary general of the Qatar 2022 supreme committee announced  that the fans that will come will go through  a unique experience where “they will be physically cool and they will be cool in every sense.” Having planned to invest over £137bn over the next 10 years just to make the World Cup a success they are dedicated to install a cooling technology that will hopefully be able to reach wider areas than originally planned. Since two cities in Qatar have already neighborhoods where active and passive cooling techniques have been implemented they wish to do the same in stadiums and areas where most fans will be staying. However some of the organizers have proposed that the tournament may be moved to winter as proposed by the UEFA president Michel Platini and supported by Nicolas Sarkozy. But this proposition was rejected by European leagues and broadcasters.
But Hassan al-Thawadi said that they will continue their preparations for summer until told otherwise by the football community. But for FIFA, many clarifications need to be presented regarding the climate control and the logistics that are required for the tournament. And doubt has been added in the commission by the publishing of a report that accuses contractors that were hired to build the infrastructures for the event of not respecting migrant workers human rights. Having their passports confiscated they are forced to work under minimum wage.
The Secretary General explained that the situation has been recognized by the government and that the necessary measures are being taken to have contracts that contain “requirements provided by international standards.”