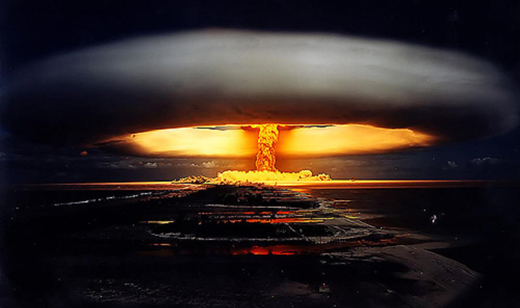 The United States announced this week end that talks to ban nuclear weapon in the Middle East will not be held in December as originally programmed. “The present conditions in the Middles East” as well as the difficulty organizers faced to find agreeable terms for the concerned states to be present at the conference are being cited as the reason why it was postponed. Some believe that Washington’s decision might be based on the fear that Iran supported by Arab states might criticize Israel openly about air strikes that were happening just recently on the Gaza strip. This meeting had been planned in May 2010 in order to create weapons of mass destruction free Middle East by making all the countries that hadn’t signed the 1970’s Non-Proliferation Treaty (NPT) finally do it. Soon after the US announced the cancellation of the forum, Britain and the conference organizers including Russia, Finland and the United Nations announced that they hope that the meeting will be held as soon as possible because they believe it would have a great impact for the region facing so many crisis at the same time.  However, some diplomats stay skeptic because they believe that Iran and Arab states will point Israel’s presumed nuclear arsenal as the main threat to security while Israel and the West will accuse Tehran of being the main danger for the area. This “deep conceptual gap” won’t allow significant progress even if the conference is to be held according to the skeptics. Despite all the remarks, British Foreign Office Minister Alistair Burt as well as UN’s Secretary-General Ban Ki-Moon endorses fully the proposal of a multilateral consultations that are going to be facilitated by Finnish Under Secretary of State Jaakko Laajava.