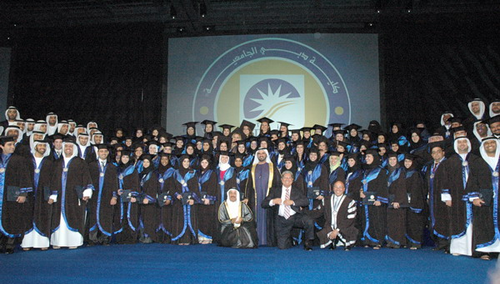 Cranleigh is one of the United Kingdom’s most well established educational institutions. Founded in Surrey, it has been running for the past 147 years producing UK’s elite. This independent school wishes to get to the next level by partnering with emirates in an attempt to form the countries leaders. The announcement was made by Abu Dhabi’s tourism Development Investment Company (TDIC) on Sunday and the campus is to be officially opened by 2014. Designed by Godwin Austen Johnson Architects, the UK-based award-winning architectural firm, this school is going to be located on Saadiyat Island. Cranleigh Abu Dhabi is expected to be the largest campus in the Emirates. Hoping to accompany more than 1600 students from 3 to 18, it wishes to guaranty a world class education that is accompanied by music, science, art, design and technology, drama, and sport classes.
In order to deliver these complementary classes in the very best way possible all the important facilities have been designed with great care. In addition, state-of-the-art IT facilities with the latest technology including electronic tables provided for pupils will be part of this very modern school.  According to the director general of the Abu Dhabi Education Council (ADEC), Dr Mugheer Khamis Al Khaili, this cooperation was made in order to support “Emirate’s long-term educational vision”. For a few years now, the city has been investing greatly in the education sector to attract the very best in each domain in order to boost the local education industry. In fact, the Island of Saadiyat where the school is going to be built is also expected to host New York University of Abu Dhabi and many museums such as the Louvre Abu Dhabi programmed to open its doors in 2015.