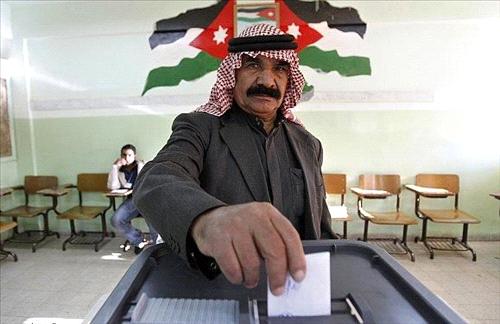 Elections are to be held by the end of the year but differences among parties’ risks sabotaging it despite the King’s efforts to escape a violent Arab Spring. The new Elections Law approved by the King was described as being “provocative” by the Islamists pushing the King to ask for some amendments especially to articles in relations to the national list in order to attract maximum participation as he described it as the “cornerstone for developing partisan life”.
For now, the Islamists have warned that they might boycott the elections again. They are considering the formation of a “shadow government and parliament” in partnership with other political parties. However, King Abdullah has already ordered the parliament to hold extraordinary sittings next month in an anticipation to avoid boycotts.
Jordan has increased parliamentary quota for women and allows voters to vote twice, one for their local candidate and the other for the national list, which is considered to be an advantage to the opposition parties. The Islamists and other groups have been protesting since last year, calling for sweeping reforms, including a new electoral law to ensure fair representation.
In a separate event, King Abdullah received a delegation from Hamas at his office where they discussed issues of mutual interest as he also reiterated on his support for the Palestinian people and their right to their state. Analysts believe that the King’s meeting with Hamas is a tactical move as the Islamist have swept over polls in the Middle East with elections soon to be held in Jordan and the Islamist party is seen a potential winner.
Hamas controls the Gaza Strip and has just released a video confession of Palestinians collaborating with Israel while claiming that they are engaged in a “secret war” with Israel.