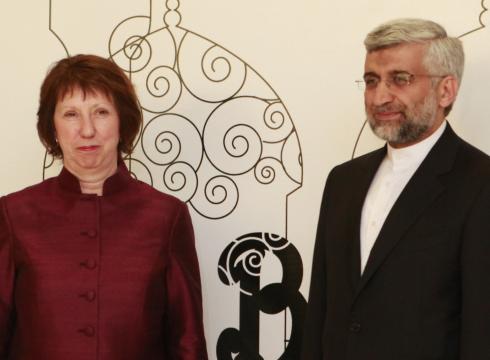 The 2 day talks concerning Iran’s nuclear program ended in a standstill at Moscow with another rendezvous wished but the date is yet to be chosen. Iran is accused of having military ambitions but it has maintained that the program is peaceful. Its refusal to stop it has forced UN resolutions, US and EU sanctions on the country aimed at weakening its economy. Iran denounces them and wants them to be uplifted.
At the meeting, Iran was asked to stop its 20% uranium enrichment, stop activities at the underground enrichment facility near Qom and begin to export its already 20%  enriched uranium. Iran considers uranium enrichment as a non-negotiable right. Sergei Ryabkov, Russia’s Deputy Foreign Minister, said that the main problem is “how to bring these positions together.”
The EU sanctions will come into effect on July 1st and repots emerging from Iran claim that private insurance companies in the country have agreed to put their hands together to assure the continuation of the coverage given to foreign tankers transporting Iranian oil. Reports claim that 24 companies are part of the consortium although there are 25 insurance companies in Iran; of which 24 are privately owned.
Still in its oil sector, Iran is continuing to enlarge its storage capacity. A storage facility was opened yesterday at an official ceremony and such activities will soon be repeated in towns like Mahshahr, Birjand, Malayer, Shiraz and Kerman according to the Managing Director of the National Iranian Oil Products Distribution Company (NIOPDC). The oil ministry’s news service said that Iran is set to increase its oil products storage capacity by 6.9 million barrels by next March.