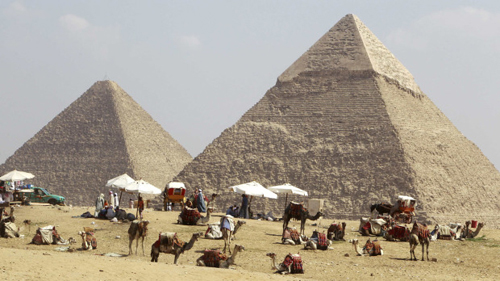 They were praised and referred to as the icons of freedom, the symbol of struggle, examples of a wanted change etc such were the praises heaped upon the revolutionaries of the Arab spring by their orators from different walks of life. They were fancied, encouraged and admired by those who couldn’t stand next to them to defend the ideologies that they believe should be in place. Their readiness and faith will never be doubted as they stood together in solidarity to wait for the D-day. The D-day when the light of triumph brightened, the sound of victory blown from trumpets and fallen comrades remembered. Pride and joy were at their utmost.
The post revolution will be a very hard time to surpass. Many have forgotten that the majority of the revolutionaries were the young and the physically fit. With the rise of the death toll during the struggle and protests, coupled with the injuries, the active population has declined logically. Infrastructures and means of communication and transportation are badly damaged – reconstruction needs people to do the job. Automatically the (lack of) availability of human resources and the time factor will delay the recovery process of the economy. Investments won’t come in bulk as the risks are still high. Tourists will be going to other destinations due to safety concerns etc. An economy going on at such a pace will extend its arm to donors, aids, grants and loans in order to get the wheels of the economy rolling and to provide the basic necessities of the citizens and the state.
Then the international community will have a say in their affairs because financial aids are attached to conditions. The values of the revolution can be jeopardized simply because the economy has to be revived after all the revolutionary sacrifices.