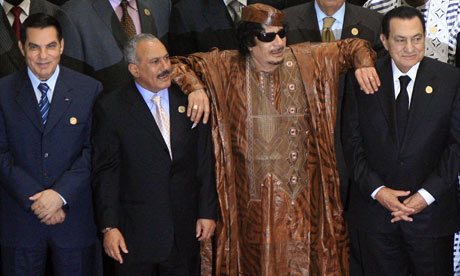 Take a minute from your schedule to travel through time. Have a flashback of the Maghreb before the civil uprising popularly referred to as the Arab Spring. An uprising which at the beginning was seeking for social reforms ended up being political and toppled constitutional institutions.
Heads of state that used to be feared the most in the Maghreb waved goodbye to power and the fringe benefits that come along with it, willingly or by force, as it was the case in Tunisia and Egypt. Some preferred hanging on to it till their last breath tore them apart. Colonel Muammar Al Khadaffi is a victim. Algeria and Morocco were a step ahead of the protesters to save themselves from such situations. Mauritania is less concerned as the waves didn’t reach its shores.
The region is undergoing reforms and the revolutions are becoming a closed chapter in the history books. Efforts are now being made to satisfy social demands and political institutions are trying to be more moderate that their predecessors who were largely categorised as dictators. The reconstruction process is going on and people feel more freedom and rights are being enjoyed now. The government can now be held responsible and accountable for its actions and decisions.
Take another breath and imagine the Maghreb after these reforms. Is it going to be like what the protesters wished for? Will the government continue to maintain the same momentum as they are doing now? If no, for how long will this last? For the moment, everything is going on smoothly as it was the case before but just that conditions and environment are no more identical.
That was a short journey through time. For the time being, you can now sit up and join the wagon of reality. Have a nice day.