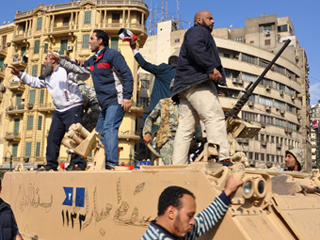 The Middle East is at crossroads. With one side enjoying the fruits of peace and the oil revenues, the other side is being showered with gunshots, shelling and bombs. Those in between the two roads live on uncertainty. Such is life in the Middle East.
Bahrain risks of going back to the “Day of Rage” and the Grand Prix will be the source. Syria is officially observing a ceasefire whilst gunshots are being exchanged on daily basis between the anti-government protesters and government forces. UN’s team of observers is also in Damascus and there number will soon be increased. Palestine is awaiting Israel’s reply with regards to a letter asking for new talks to begin. Iran carries on with its much talked about nuclear program and a ship is docked at Turkey under suspicion that it’s smuggling arms to Syria. Yemen is carrying on with its own version of the war against terror. Iraq is not a new item on agenda with the daily roadside bombings. All of these are going on at the same time and solutions are yet to be found.
A civil war in such an already tense and fractioned zone is highly uncalled for and the Arab League needs to stay alert. With the terrorists under pressure in the South East Asia, the actual environment in the Middle East will favor their rejuvenation. This will only aggravate the instability of the region should they make it their hub.
The Arab League seems to be barren at these crucial moments but singles out Syria and more precisely Assad’s regime as the black sheep among the herd. There is more to an unstable Middle East than just Syria.