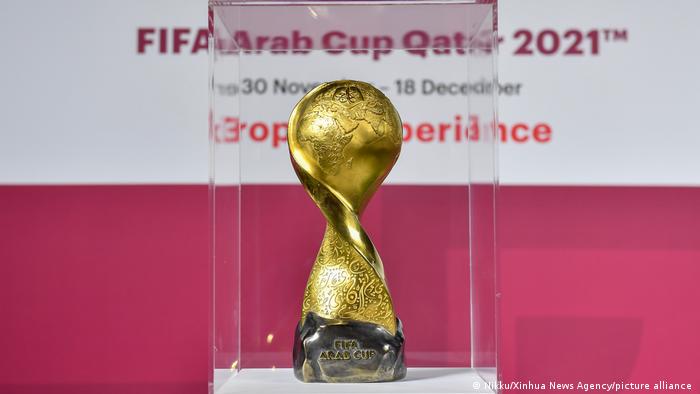 Tunisia and Algeria will lock horns in the final of FIFA Arab Cup tournament ongoing in Qatar; host of next year FIFA World Cup.
Tunisia was the first to advance after beating Egypt in the stoppage time on Wednesday. Egypt captain Amr Elsolia gave the win to Tunisia after flicking a last minute free-kick into his own net four minutes into stoppage time.
Both teams clashed at the newly built Stadium 974 in the Qatari capital Doha. Tunisia was waiting for the other clash between host Qatar and Algeria later in the evening of Wednesday to know its opponents.
It is Algeria who joined the Tunisian side after the second semi-final. Mohammed Belaili sent Algeria into the final after converting a penalty kick in the 17th minute of stoppage time bringing the score 2-1 in favor of the North African country.
Algeria opened the score first in the 60th minute from Benlamri Djamel boot but Qatar made the comeback in the seventh minute of the injury time from a header of home striker Mohammed Muntari.
Qatar fans hoped for a win but referee Szymon Marciniak awarded Algeria a penalty after a foul on Algeria playmaker Brahimi. Belaili who scored a sensational long range strike against Morocco during the quarter final, trashed the joy of Qatar fans in Al Thumama Stadium.
Tunisia and Algeria will meet on Dec. 18 for the final.
The tournament is part of preparations to test the infrastructure for next year FIFA World Cup taking place in the Gulf country and in the region for the first time.