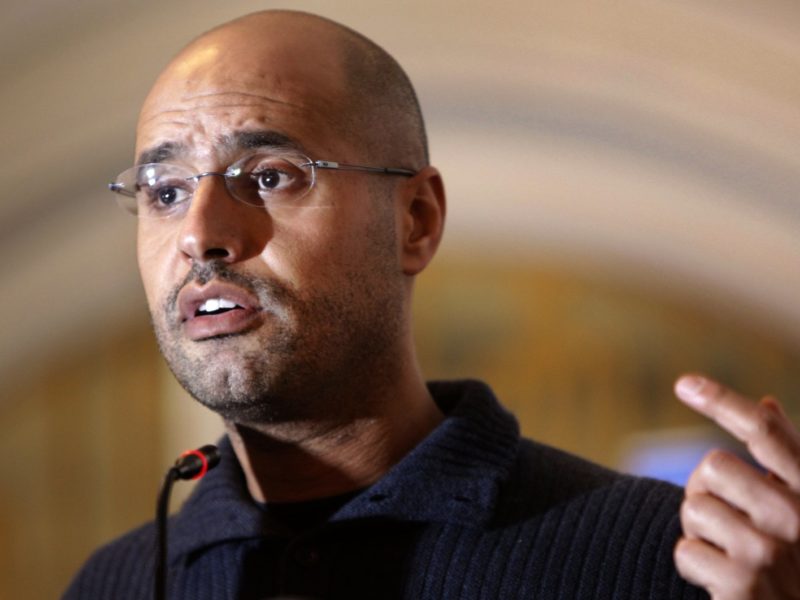 Libya’s electoral body, High National Elections Commission (HNEC), has invalidated the candidacy of Saif al Islam Gaddafi, the son of former leader Muammar Gaddafi, for failing to meet requirements.
The HNEC published Wednesday list of 75 candidates vetted for the crucial poll next month.
Saif al Islam who submitted his bid on Nov. 14 but the candidacy quickly parked reaction from the military court of the country arguing that he is wanted for war crimes.
The court ordered the HNEC to exclude him in addition to east-based war lord Khalifa Haftar also wanted for war crimes. Saif is wanted by the International Criminal Court (ICC) for on charges of crimes against humanity related to the uprising that deposed his father in 2011.
Sources, Libya Observer notes, the son of the former is placed on the list excluded for lack of necessary conditions for running according to the Attorney General, the head of the Criminal Investigation Agency, and the Passports and Nationality Authority.
The excluded, 25, also include former Prime Minister Ali Zeidan, former General National Congress President Nuri Boushamin, Gaddafi’s Secretary Bashir Saleh, and a senior leader in the Gaddafi regime, Muhammad al-Sharif.