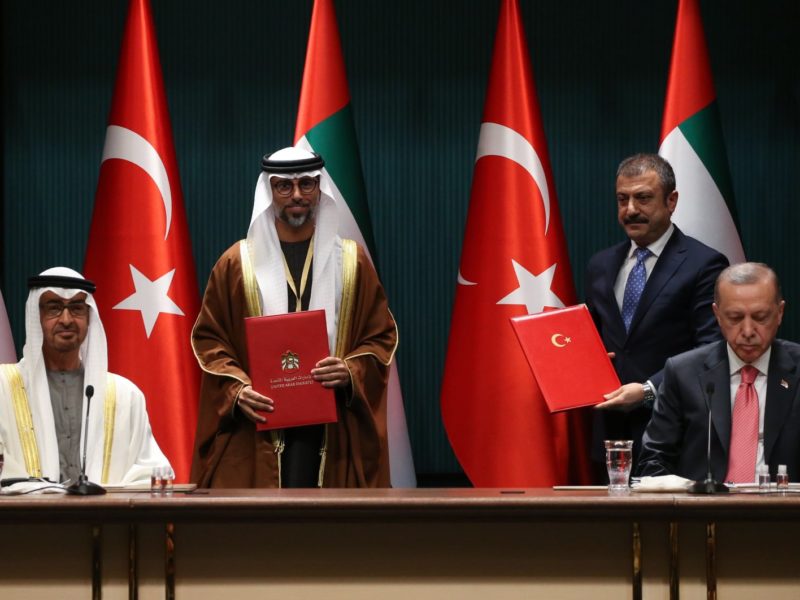 The Central Bank of the Republic of Turkey (CBRT) and the Central Bank of the United Arab Emirates (UAE) signed cooperation agreement between the two institutions on the sidelines of Abu Dhabi Crown Prince Mohammed bin Zayed’s visit to Ankara on Wednesday, Daily Sabah reports.
Per the agreement, the two central banks aspire to carry out activities to foster cooperation in the field of central banking, CBRT reportedly said.
The deal follows the announcement by the Abu Dhabi Developmental Holding Company to investment $10 billion into the Turkish economy. Both countries also signed 10 other agreement panning energy, the environment, finance and trade.
It is the first visit by the Crown Prince since 2012 to Turkey and also the first top-level meeting between the UAE and Turkey in recent years. Both countries have had sour relations and have been opposed on several international fronts including Libya and Egypt.