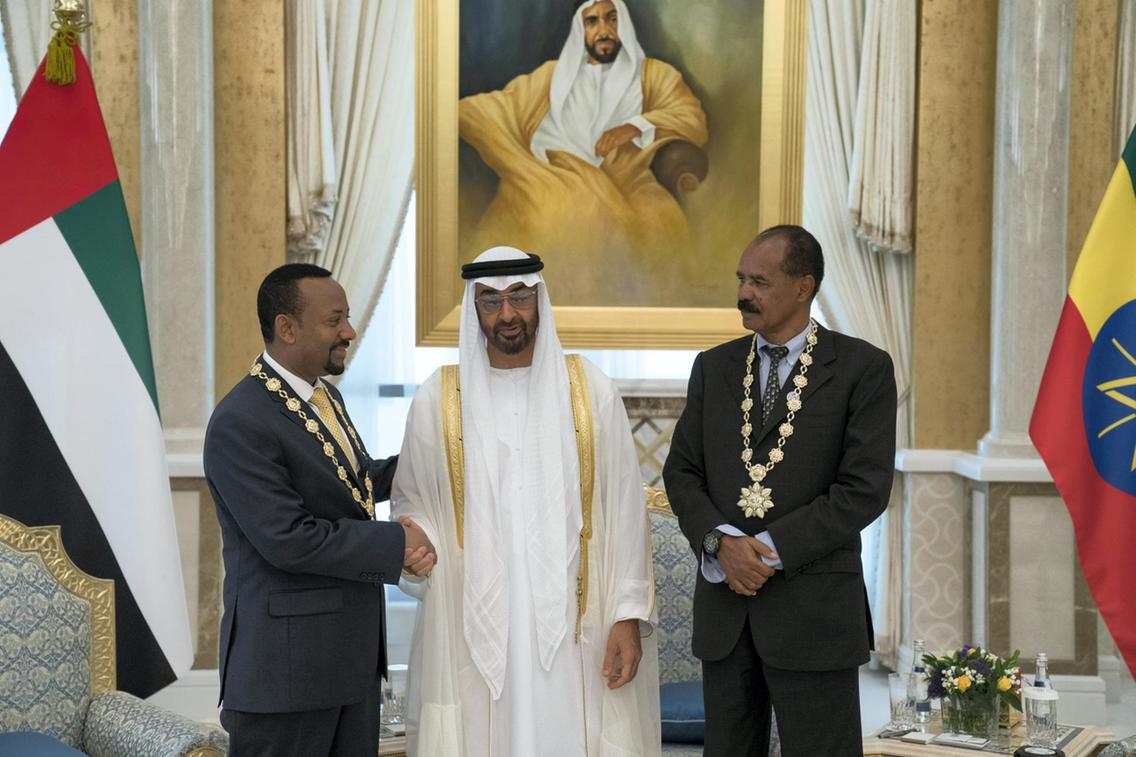 The United Arab Emirates on Tuesday lauded the leaders of Ethiopia and Eritrea for their “bold and historic” rapprochement.

The historic step taken by the leaders of the two neighboring countries to end the 20-year old conflict and open new horizons for cooperation and joint coordination is a model that can be followed in resolving conflicts around the world, Sheikh Mohammed said.

The Ethiopian Prime Minister and the Eritrean President have been awarded the Order of Zayed, the United Arab Emirates’ highest medal, in recognition of their efforts to establish peace between their two nations.

The medals were handed to the two African leaders by Sheikh Mohammed, at a ceremony held Tuesday in Abu Dhabi.

Sheikh Mohammed re-affirmed his country’s commitment to consolidate its partnership with Eritrea and Ethiopia and to support their peace and development efforts.

The long-time rivals signed an agreement earlier this month to restore ties, ending two decades of hostility since the conflict erupted in 1998.

The conflict killed more than 80,000 people and at least 350,000 people living on both sides along the border were uprooted and forced to flee.

The UAE, along with other Gulf Arab states, has taken an increasingly active role in the Horn of Africa and has set up military bases and commercial ports in several countries there.

Ethiopia and Eritrea signed a peace deal in 2000 — but Addis Ababa refused to implement it. Both armies have since been facing off across their border in a frozen stalemate. Abiy Ahmed, who came to office in April, agreed to implement the deal.

Embassies have reopened, phone lines between the two nations are restored and flights have resumed.