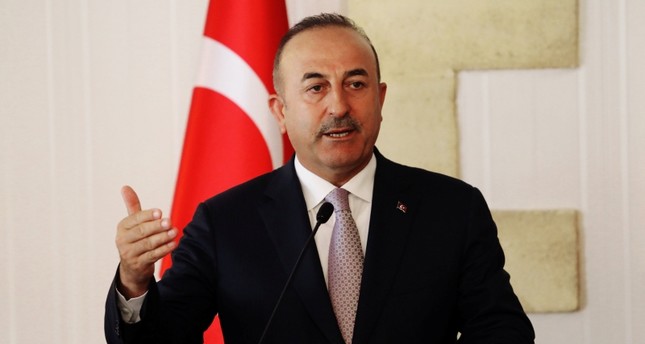 Ankara Tuesday said it told the United States it is opposed to sanctions on Iran as the Trump Administration is due to impose new economic punishments on the Islamic Republic next month while the deadline for allies to stop buying the Iranian oil is set for November 4.

“We held meetings with the United States in Ankara and told them openly: Turkey gets oil and gas from Azerbaijan, Iran, Russia and Iraq. If I don’t buy from Iran now, where am I supposed to meet that need from?” Turkish Foreign Minister Mevlut Cavusoglu said in a press conference in Azerbaijan.

“We do not have to adhere to the sanctions imposed on a country by another country. We don’t find the sanctions right either,” he added.

The United States is expected next month to re-impose economic sanctions on Iran after President Donald Trump in May withdrew America from the 2015 nuclear agreement signed between Tehran and world powers.

Trump lambasted the deal as a bad pact that failed to rein in Iran.

Turkey, a NATO ally, has several issues to iron out with the Trump administration. The two countries have been at loggerheads over some legal cases including the imprisonment of Turkish and American nationals in each other’s prisons.

Turkey’s plans to buy US Lockheed Martin F-35 jets have been squashed over the fate of US pastor Andrew Brunson who has been kept in prison in Turkey, in a more than two-year old legal case.

The Turkish Foreign Minister said Turkey is also opposed to the US sanctions on Russia.

“The United States needs to understand that it is not possible to get a result from Turkey through sanctions. It will see results if it approaches Turkey with dialogue and respect,” he said.

“We will not bow down to such pressures, sanctions or threats. Everyone will get used to the new Turkey.”

Turkey is a major buyer of Iranian oil. In the first four months of this year, Turkey bought more than 3 million tons of Iranian crude oil, almost 55 percent of its total crude supplies, Reuters reports citing data from the Turkish energy watchdog (EPDK).