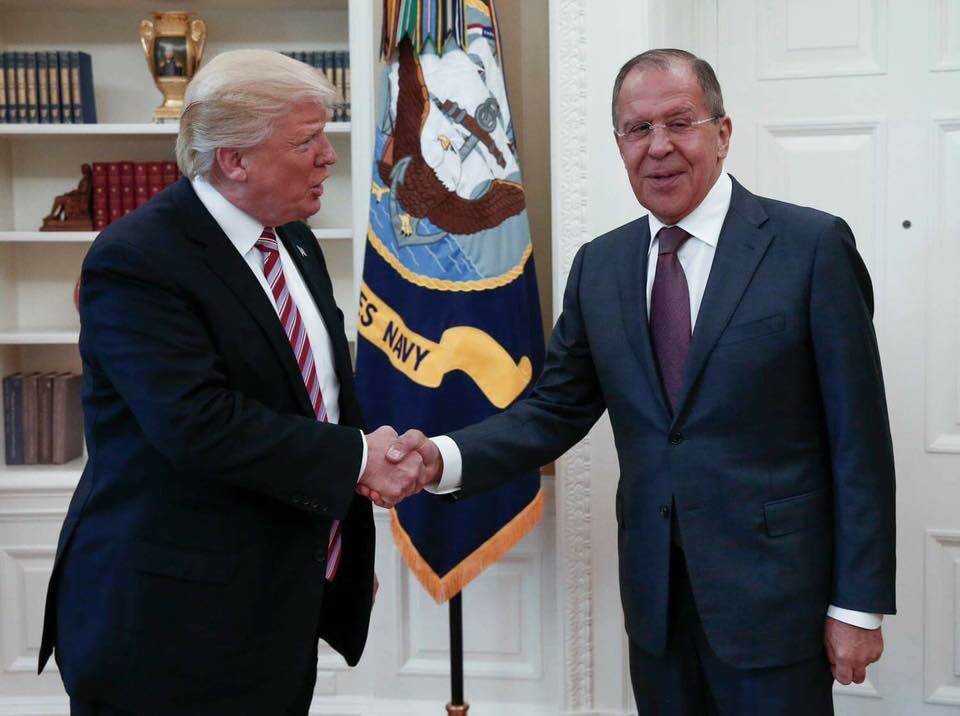 This came at a meeting in Washington with Russian top diplomat Sergei Lavrov, the highest Russian official received by the US President since ascending to the top job.

“President Trump emphasized the need to work together to end the conflict in Syria, in particular, underscoring the need for Russia to rein in the Assad regime, Iran, and Iranian proxies,” the White House said following the talks between the US leader and the Russian foreign minister.

Last week, Assad’s supporters Moscow and Iran and Turkey, which supports the rebels, agreed to create security zones in Syria in a move to allow assistance to reach displaced populations and to reinforce the ceasefire agreement reached in December.

Though Washington supports the ‘security zones’ agreement signed in Kazakhstan’s capital, Astana, the Trump administration has questioned the involvement of Iran saying that Teheran does not want to favour peace in Syria and in the region.

“We had a very, very good meeting” Trump said shortly after the meeting. “We’re going to stop the killing and the death (in Syria).”

“I think that we are going to do very well with respect to Syria, I think things are happening — they are really, really, really positive,” Trump said.

Lavrov reception at the White House came in the backdrop of FBI boss James Comey sacking on Monday.

Comey argued that Russia was the biggest threat to the US democratic process, referring to Russia’s alleged involvement in rigging last year’s elections in favour of Donald Trump.